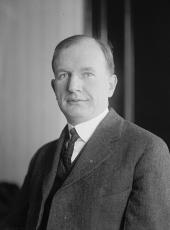 Statement on the Results of the Presidential Election

The Progressives did not lose. No one can lose fighting for what is right. I am not surprised at the outcome. The people voted for reactionary policies and for what they believed would mean material gain to themselves. The exposure of corruption here in Washington apparently made no impression upon them.

The Progressives advocate and believe in the rule of the majority, and the majority has spoken in no unmistakable terms. We all wish President Coolidge and General Dawes a successful tenure of office, and it is the duty of the Progressives to help make it such. I shall endeavor to carry out the wishes of the people as expressed at the polls.