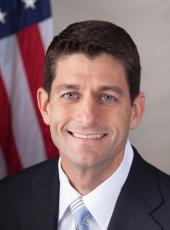 Statement by Paul Ryan on the Presidential Debate

"Americans deserve a clear choice about what kind of future we're going to have, and Governor Romney provided that contrast tonight.  Mitt won this debate by effectively articulating his positive vision for a better America and the specific solutions needed to achieve it. The President, meanwhile, offered only more of the same failed ideas that have left those in the middle class — as Joe Biden put it — 'buried.' As we continue to sharpen the focus on the big choice in this election, Americans will see that we cannot afford four more years like the last. We need a real recovery, and Mitt Romney can get the job done."