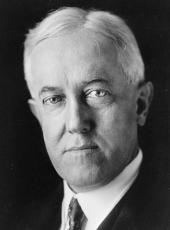 The results of the election speak for themselves, and the decisive character renders comment or explanation unnecessary. I accept the outcome without any vain regret or bitterness, and it is my earnest hope that the Administration of President Coolidge may prove successful and beneficial to the country.

So far as I am personally concerned, I am unshaken in my faith in the principles and ideals professed by the Democratic Party. They will never lack for defenders. To those who supported me so loyally during the campaign I am more grateful than I can say, and I am glad to march on with them as a comrade in the ranks toward the inevitable triumph of the principles in which we believe. Greater than any transient success is the welfare of our common country, and to this it is the duty and privilege of every citizen to contribute, whether in office or out of it.