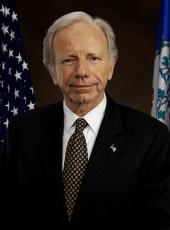 Remarks by Joseph Lieberman on the Floor of the Senate

Mr. President, you've probably noticed as I have that many things in politics and government seem to be taking a little bit longer than normal this year. It is December 14, and the 106th Congress is surprisingly still in session.

But happily, that allows me to come to the Senate chamber, this great American forum which I love and respect so much, and reflect on the extraordinary opportunity Vice President Al Gore gave to me when he asked me to be his running mate this year.

Mr. President, when I accepted the nomination of my party at its convention in Los Angeles in August, I began by asking, "Is America a great country, or what?" Last night, we ended that remarkable journey in a disappointing way, but nevertheless, I want to answer my question this morning, by declaring, "Yes, America is a great country."

And let me offer for my colleagues just a few of the reasons why I feel that way today.

Mr. President, in selecting me, a Jewish American, to be his running mate, Vice President Gore did what no presidential candidate before him had done. That required personal courage and confidence in the American people, and today, we can look back and see that the vice president's confidence was totally justified. The fact is that while my faith was the focus of much of the early media reaction to my candidacy, it was not even mentioned at the end of the campaign, and that is the way we had all hoped it would be.

And that's good news, not just for me, but I think for all Americans, because it's a fulfillment of the promise that America makes to its citizens, that in this country no matter who you are or where you start, you should be able to go as far as your God-given talents and individual determination will take you.

The absence of bigotry in this campaign, and the fact that the vice president and I received the second highest number of votes in the history of American national elections should, I think, encourage every parent in this country to dream the biggest dreams for each and every one of their children. Anything is possible for anyone in America.

In the five weeks since Election Day--because its turned out to be the closest election in American history--our nation's greatness was tested in a different way. But I'm confident that in the end, our election process can only be made stronger by this experience.

For one thing, it opened our eyes to some overlooked problems with our system of voting, to the disparities and technologies and practices that may be stopping significant numbers of voters from having their votes counted, and that, in particular, may be undermining the electoral rights of many poor and minority citizens. Those problems call out for a bipartisan investigation and reform.

Mr. President, whether you're happy or sad with the results of the 2000 election, I do think that every one of us should be grateful this morning that here in America we work out our differences not with civil wars, but with spirited elections. We resolve our disputes not through acts of violence, but through the rule of law. And we preserve and protect our system of justice best when we accept its judgments that we disagree with most.

This election is over, and I congratulate Governor Bush and Secretary Cheney and wish them well. Mr. President, I had the opportunity to do that personally in a very cordial conversation this morning with the Vice President-elect, Secretary Dick Cheney.

As Vice President Gore said eloquently last night, it is time now for all of us to come together in support of these United States and the shared values that have long sustained us.

Governor Bush and Secretary Cheney are in my prayers, as I know they are in the prayers of all Americans, as they begin now to assume the awesome responsibilities that go with leadership of this great country.

In the strong words and soft voices they both used last night, Vice President Gore and Governor Bush raised us all up and pointed us toward the reconciliation that our history expects and that our national interest now requires. As they both noted last night, this was the closest election we've ever experienced, with the vote for president essentially ending in a tie, the Senate split 50-50, and the House nearly even as well. That puts a special burden, not just on Governor Bush, but on all of us here in Congress, to work on a bipartisan basis and in a cooperative spirit.

Mr. President, as I have in the past, I fully intend to work with my colleagues on both sides of the aisle and with President-elect Bush to find that constructive consensus without which we will not help the American people realize their potential.

For my family and me, this campaign has been a thrilling and joyful experience. It has deepened the appreciation we have for the goodness of the American people, and the love and loyalty we feel for this country. We could not have asked for a more warm, open and accepting reception as we traveled around this blessed land.

We could not have been more impressed with the common sense and strong values that unite our very diverse citizenry. From their government, it became clear to me over and over again, most of the American people want only a little help every now and then, as they work so hard to make their lives better. And that is exactly what we together should do for them.

Mr. President, the most powerful emotion that I feel, on this morning after, is gratitude: grateful to be an American, proud to be an American; grateful to my wife, Hadassah, my love and my partner, for the devoted support she gave me, and the extraordinary way she reached out to everyone she met in this campaign; grateful to our dear children and mothers and sisters and brothers and relatives and friends, whose help and loved sustained us; grateful to Tipper and the Gore children for being such genuine and generous friends, and for the skill and grace with which they conducted themselves in this campaign; grateful to the Gore-Lieberman campaign staff, whose idealism, ability and hard work make me optimistic about America's future; grateful to my Senate staff here in Washington and back home in Hartford, who have served with me on behalf of the people of Connecticut for so many years, and continue to do so with such commitment during this eventful and unusual year; grateful to the people of Connecticut, whose support over the past 30 years has put me in a position where Al Gore could give me the extraordinary opportunity he did this year.

I'm grateful to the people of Connecticut, without whose backing this year I would not now have the privilege of looking forward to six more years of service to them and with you, my colleagues, as United States senator.

My greatest gratitude is to Vice President Gore himself. He has been my friend and colleague for 15 years now, but I have never been prouder of him than I was this year, and then I was last night. He conducted the campaign with dignity. He presented his policies and programs with conviction. He spoke with a precision that showed respect for the American people. He stuck to the record, and he worked hard, very hard. Al Gore ran this campaign as he lives his life, with honor, intelligence and devotion.

Today, the vice president can look back on 24 years of public service with great pride in his accomplishments, and he can look forward to the years ahead with great excitement about the unlimited opportunities that await him. I wish him Godspeed, and I look forward to his continued friendship.

Mr. President, the vice president knows, as I do, on this morning that Psalm 30 assures us that weeping may linger for the night, but in the morning, there are shouts of joy.

So today, as some of us weep for what could have been, we look to the future with faith that on another morning joy will surely come.

I thank my colleagues in the Senate from both parties for their warm, personal wishes and support during the last five months. I look forward now to returning to this chamber in January, and working with all of you to help improve the lives of the American people, and to help elevate their respect for the institutions of our great democracy.

Mr. President, I again thank my friend and colleague from New Mexico for yielding me the time. I thank the chair and I yield the floor.

Joseph Lieberman, Remarks by Joseph Lieberman on the Floor of the Senate Online by Gerhard Peters and John T. Woolley, The American Presidency Project https://www.presidency.ucsb.edu/node/284770