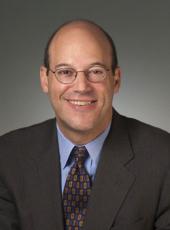 Remarks by Ari Fleischer in Q&A with the Travel Pool

The President authorized the strike because of the risk posed to our aircraft. All coalition aircraft have returned safely.

Q: Was this planned, Ari, or was this a spontaneous --

Q: When did he authorize it?

MR. FLEISCHER: It was the existence of radar facilities that posed a threat to our aircraft, that identified our aircraft. There is a simultaneous briefing going on at the Pentagon as we speak. The Pentagon is briefing at 2:30 p.m. and will provide additional detailed information about the strikes and about the targets.

Q: For the President to have specifically approved it indicates it's more than just a routine thing, though, because rules of engagement --

MR. FLEISCHER: No, it is routine. In this case, the aircraft would be on patrol in the southern no-fly zone, and that's why it required the President's authorization. That has happened before; that is, unfortunately, routine.

Q: Do we know whether these were newly-constructed radar?

MR. FLEISCHER: DOD will be taking that.

Q: How was Bush informed today? Was there a note slipped to him in his meetings?

MR. FLEISCHER: The President authorized the strike and so he knew, of course, about what would result.

Q: Yes, but wasn't he notified inside that the strike did take place?

MR. FLEISCHER: He was notified.

Q: By a piece of paper being slipped to him?

MR. FLEISCHER: A routine notification -- whether it was paper or --

Q: Anymore strikes planned, or is this a --

MR. FLEISCHER: We don't discuss that type of information.

Q: When was he informed today that it had happened?

MR. FLEISCHER: He authorized it yesterday morning and he was informed this afternoon.

Q: Did it interrupt the talks going on with President Fox, or when did it --

MR. FLEISCHER: The President, of course, since he authorized it, knew that it was going to happen.

Q: How does he feel this affects the feel of this summit? I mean, does it ruin the good feeling that we've had in Mexico?

MR. FLEISCHER: It was a routine enforcement and it was part of protecting a coalition in Iraq.

Q: You wouldn't say there is a message being sent here to Saddam Hussein or any other --

MR. FLEISCHER: The President has always said that he takes seriously our responsibility to protect our coalition allies and to enforce the no-fly zone.