By the President of the United States of America
A Proclamation

Whereas it appears that it would be in the public interest to reserve and designate said lands and certain adjoining public lands as the Talladega National Forest:

Now, Therefore, I, Franklin D. Roosevelt, President of the United States of America, by virtue of the authority vested in me by section 24 of the act of March 3, 1891, ch. 561, 26 Stat. 1095, 1103, as amended (U.S.C., title 16, sec. 471), and section 11 of the said act of March 1, 1911 (U.S.C., title 16, sec. 521), do proclaim that there are hereby reserved and set apart as the Talladega National Forest all lands of the United States within the following-described areas, and that all lands therein which may hereafter be acquired by the United States under authority of the said act of March 1, 1911, as amended, shall upon their acquisition be reserved and administered as a part of the Talladega National Forest: 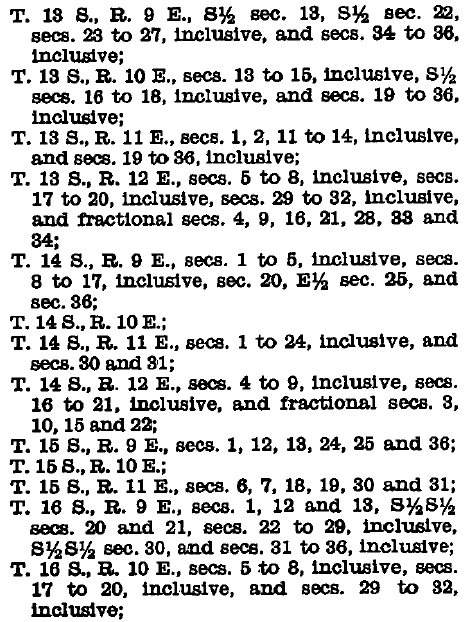 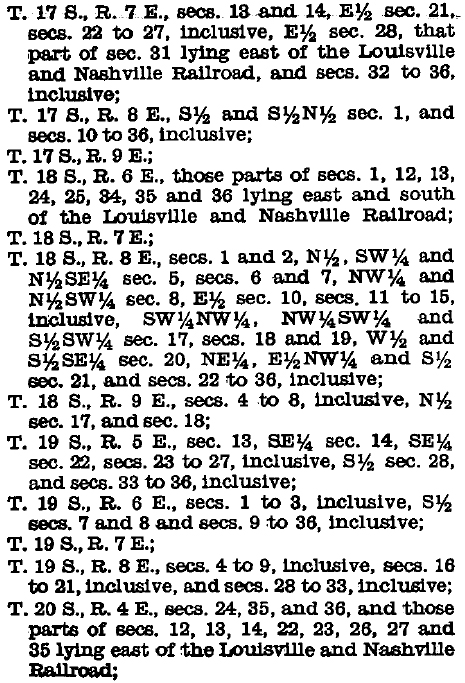 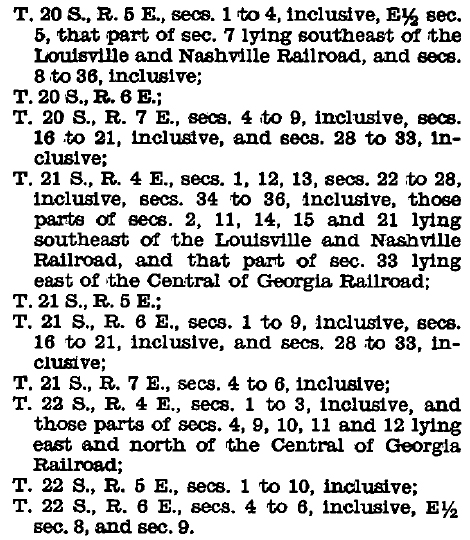 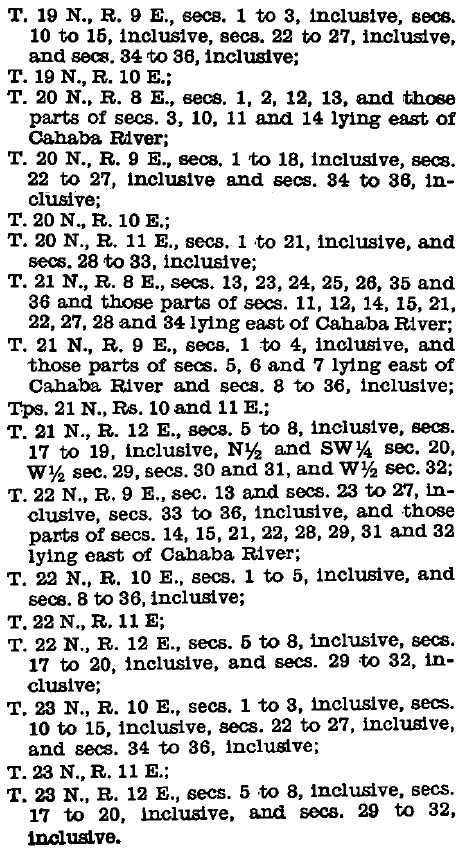 The reservation made by this Proclamation shall as to all lands which are at this date legally appropriated under the public land laws or reserved for any public purpose other than for classification under Executive Order No. 6964 of February 5, 1935, be subject to, and shall not interfere with or defeat, legal rights under such appropriation, nor prevent the use for such public purpose of lands so reserved, so long as such appropriation is legally maintained or such reservation remains in force.

In Witness Whereof, I have hereunto set my hand and caused the seal of the United States to be affixed.

Done at the City of Washington this 17th day of July, in the year of our Lord nineteen hundred and thirty-six and of the Independence of the United States of America the one hundred and sixty-first.

By the President:
CORDELL HULL
Secretary of State.