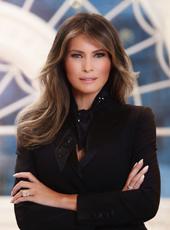 First Lady Melania Trump and President Donald J. Trump invite this year's Easter Egg Roll attendees to enjoy a variety of activities, including the time-honored Egg Roll and the Trump Administration's Cards for Troops station. New to the Egg Roll this year: musical eggs and Be Best hopscotch. In recognition of the First Lady's Be Best campaign, children will also have the opportunity to spread kindness by mailing postcards to anyone they choose – friends, family, members of the military – directly through a United States Postal Service mailbox that will be on the South grounds.

Over 30,000 attendees are expected to walk the historic south grounds of the White House, experiencing all the tradition and fun that comes with the White House Easter Egg Roll. More details about the event are listed below.