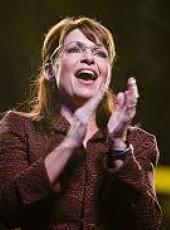 Interview with Charlie Gibson of ABC News - Part 1 of 3

GIBSON: Governor, let me start by asking you a question that I asked John McCain about you. And it is really the central question. Can you look the country in the eye and say, I have the experience, and I have the ability to be not just vice president, but perhaps president of the United States of America?

PALIN: I do, Charlie, and on January 20th, when John McCain and I are sworn in, if we are so privileged to be elected to serve this country, we'll be ready. I'm ready.

GIBSON: When McCain asked you to take the spot on the ticket, for a moment, did you think no?

GIBSON: And you didn't say to yourself, am I experienced enough? Am I ready?

PALIN: I didn't hesitate, no.

GIBSON: Doesn't that take some hubris?

PALIN: I answered him yes because I have the confidence in that readiness. And knowing that you can't blink. You have to be wired in a way of being so committed to the mission, the mission that we're on, reform of this country, and victory in the war. You can't blink. So, I didn't blink then, when asked to run as his running mate.

GIBSON: But this is not just reforming a government. This is also running a government on the huge international stage, in a very dangerous world. When I asked John McCain about your national security credentials, he cited the fact you have command of the Alaskan National Guard and Alaska is close to Russia. Are those sufficient credentials?

PALIN: But it is about reform of government. And it's about putting government back on the side of the people. And that has much to do with foreign policy and national security issues.

Let me speak specifically about a credential that I do bring to this table, Charlie. And that's with the energy independence that I've been working on for these years, as the governor of this state, that produces nearly 20 percent of the U.S. domestic supply of energy. That I worked on as chairman of the Alaska Oil and Gas Conversation Commission, overseeing the oil and gas developments in our state, to produce more for the United States.

GIBSON: National security is a whole lot more than energy.

PALIN: It is. But - but I want you to not lose sight of the fact that energy is a foundation of national security. It's that important. It's that significant.

GIBSON: Did you ever travel outside the country prior to your trip to Kuwait and Germany last year?

GIBSON: Have you ever met a foreign head of state?

PALIN: I have not. And I think if you go back in history and if you ask that question of many vice presidents, they may have the same answer that I just gave you. But Charlie, again, we got to remember what the desire is in this nation, at this time. It is for no more politics as usual. And somebody's big, fat resume maybe that shows decades and decades in that Washington establishment, where, yeah, they've had opportunity to meet heads of state.

GIBSON: Let me ask you about some specific national security situations.

GIBSON: Let's start, because we are near Russia. Let's start with Russia and Georgia. The administration has said, we've got to maintain the territorial integrity of Georgia. Do you believe the United States should try to restore Georgian sovereignty over South Ossetia and Abkhazia?

PALIN: First off, we're going to continue good relations with Saakashvili there. I was able to speak the other day and giving my commitment, as John McCain's running mate, that we will be committed to Georgia. And we have to keep an eye on Russia. For Russia to have asserted such pressure in terms of invading a smaller democratic country, unprovoked, is unacceptable. And we have to keep ...

PALIN: I do believe unprovoked. And we have to keep our eyes on Russia. Under the leadership there.

GIBSON: What insight into Russian actions particularly in the last couple weeks does the proximity of the state give you?

PALIN: They're our next door neighbors. And you can actually see Russia from land here in Alaska.

GIBSON: You favor putting Georgia and Ukraine into NATO?

GIBSON: Under the NATO treaty, wouldn't we then have to go to war if Russia went into Georgia?

PALIN: Perhaps so. That is the agreement. When you are a NATO ally, is, if another country is attacked, you are going to be expected to be called upon and help.

GIBSON: Let me turn to Iran. Do you consider a nuclear Iran to be an existential threat to Israel?

PALIN: I believe that under the leadership of Ahmadinejad, nuclear weapons in the hands of his government are extremely dangerous to everyone on this globe, yes.

GIBSON: So, what should we do about a nuclear Iran?

PALIN: We have got to make sure these weapons of mass destruction, that nuclear weapons are not given to those hands of Ahmadinejad, not that he would use them, but that he would allow terrorists to be able to use them. So we have got to put the pressure on Iran.

GIBSON: What if Israel decided it felt threatened and need to take out the Iranian nuclear facilities?

PALIN: Well, first, we are friends of Israel, and I don't think that we should second guess the measures that Israel has to take to defend themselves, and for their security.

GIBSON: So if we didn't second guess it and if they decided they needed to do it, because Iran was an existential threat, we would be cooperative or agree with that?

PALIN: I don't think we can second guess what Israel has to do to secure its nation.

GIBSON: So if it felt necessary, if it felt the need to defend itself by taking out Iranian nuclear facilities, that would be all right?

PALIN: We cannot second guess the steps that Israel has to take to defend itself.

GIBSON: We talk on the anniversary of 9/11. Why do you think those hijackers attacked? Why did they want to hurt us?

PALIN: You know, there is a very small percentage of Islamic believers who are extreme, and they are violent, and they do not believe in American ideals. And they attacked us. And now we are at a point, here, seven years later, on the anniversary, in this post- 9/11 world, where we are able to commit to never again. The only option for them is to become a suicide bomber, to get caught up in this evil, in this terror. They need to be provided the hope that all Americans have, instilled in us, because we're a democratic and we are a free, we're a free-thinking society.

GIBSON: Do you agree with the Bush doctrine?

PALIN: In what respect, Charlie?

GIBSON: The Bush -- well, what do you interpret it to be?

GIBSON: No, the Bush doctrine, annunciated September 2002, before the Iraq War.

PALIN: I believe that what President Bush has attempted to do is rid this world of Islamic extremism, terrorists who are hell-bent on destroying our nation. There have been blunders along the way, though. There have been mistakes made, and with new leadership, and that's the beauty of American elections, of course, and democracy, is with new leadership comes opportunity to do things better.

PALIN: Charlie, if there is legitimate and enough intelligent and legitimate evidence that tells us that a strike is imminent against American people, we have every right to defend our country.

GIBSON: Do we have the right to be making cross-border attacks into Pakistan, from Afghanistan, with or without the approval of the Pakistani government?

PALIN: As for our right to invade, we're going to work with these countries, building new relationships, working with existing allies, but forging new also, in order to, Charlie, get to a point in this world, where war is not going to be a first option. In fact, war has got to be and military strike a last option.

GIBSON: But governor, I am asking you, do we have the right, in your mind, to go across the border, with or without the approval of the Pakistani government?

PALIN: In order to stop Islamic extremists, those terrorists who would seek to destroy America, and our allies, we must do whatever it takes, and we must not blink, Charlie. In making those tough decisions of where we go, and even who we target.

GIBSON: And let me finish with this. I got lost in a blizzard of words there. Is that a yes, that you think we have the right to go across the border, with or without the approval of the Pakistani government? To go after terrorists who are in the Waziristan area?

PALIN: I believe that America has to exercise all options in order to stop the terrorists who are hell-bent on destroying America, and our allies. We have got to have all options out there on the table.

GIBSON: You said recently in your old church, "Our national leaders are sending U.S. soldiers on a task that is from God."

PALIN: Pray for our military men and women who are striving to do what is right, also for this country, that our leaders, our national leaders are sending them out on a task that is from God.

GIBSON: Are we fighting a Holy War?

PALIN: That's a repeat of Abraham Lincoln's words, when he said, first he suggested, never presume to know what God's will is, and I would never presume to know God's will or to speak god's words, but what Abraham Lincoln had said, and that's a repeat in my comments, was, let us not pray that God is on our side, in a war, or any other time. But let us pray that we are on God's side. That's what that comment was all about, Charlie.

Today is the day that I send my first born, my son, my teenage son, oversees with his Stryker brigade. Four thousand other wonderful American men and women to fight for our country, to fight for our freedoms.

GIBSON: But you went on and said, "There is a plan, and it is God's plan."

That in my worldview is the grand plan.

GIBSON: Then, are you sending your son on a task from God?

PALIN: I don't know if the task is from God, Charlie. What I know is that my son has made a decision. I am so proud of his independent and strong decision. What he decided to do, in serving for the right reasons in serving something greater than self, and not choosing a real easy path, where he could be more comfortable and certainly safer.

(end of part one)