New polling figures from Data for Progress show that Americans from all political parties support the America COMPETES Act by a colossal 65 point margin. The President called for bipartisan competitiveness legislation like the COMPETES Act during the State of the Union so we can manufacture more in America, lower prices, and create good-paying jobs in communities in every corner of America.

Data for Progress’ poll shows that the American people overwhelmingly agree, with Democrats supporting this legislation by a 78 point margin, independents by a 63 point margin, and Republicans by a 53 point margin.

In February, the House of Representatives passed the America COMPETES Act, based on its counterpart that passed the Senate in June, the U.S Innovation and Competition Act (USICA). This legislation would invest in American competitiveness, domestic manufacturing, job creation, and research and development. 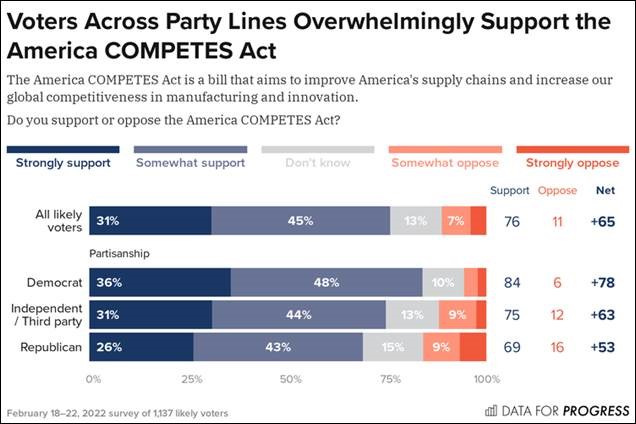