ICYMI: This One Chart Shows Just How Low the Effective Tax Rate is, and Why President Biden's Proposal Makes Sense

Even before the Tax Cuts and Jobs Act was passed in 2017, the federal corporate tax rate was at an historically low level. The 2017 tax cuts took the corporate tax rate even further into unprecedentedly low territory at 21% – less than half the rate of the 1950s and 60s – with an effective tax rate almost 10 percentage points less. The President's proposal to raise the corporate tax rate to 28% would raise much-needed revenue, while keeping the rate below any time between WWII and 2017. 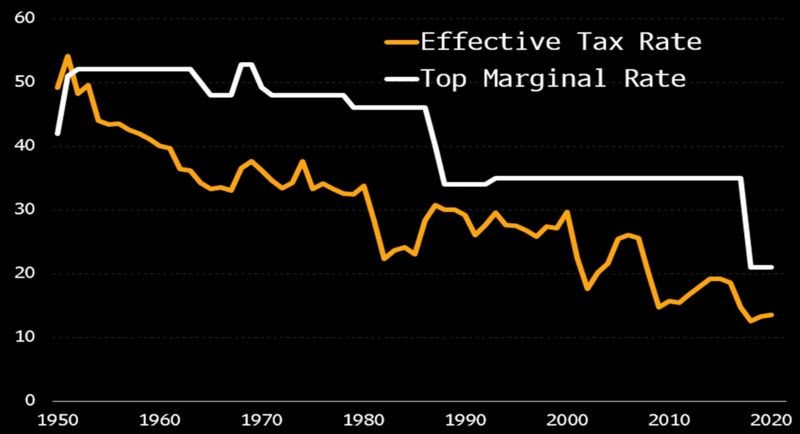