Retail sales data released yesterday showed a surge in spending, with sales increasing by 3.8% in January over December. This is a strong increase, even after accounting for inflation, and reflects the resilience of the economy even in the face of Omicron. Compared to this time last year, sales at grocery stores, restaurants and clothing stores have all increased.

These figures underscore the Biden Administration's record economic growth and recovery, with a record number of jobs produced in 2021, and continued growth in inflation-adjusted household income and small business applications. 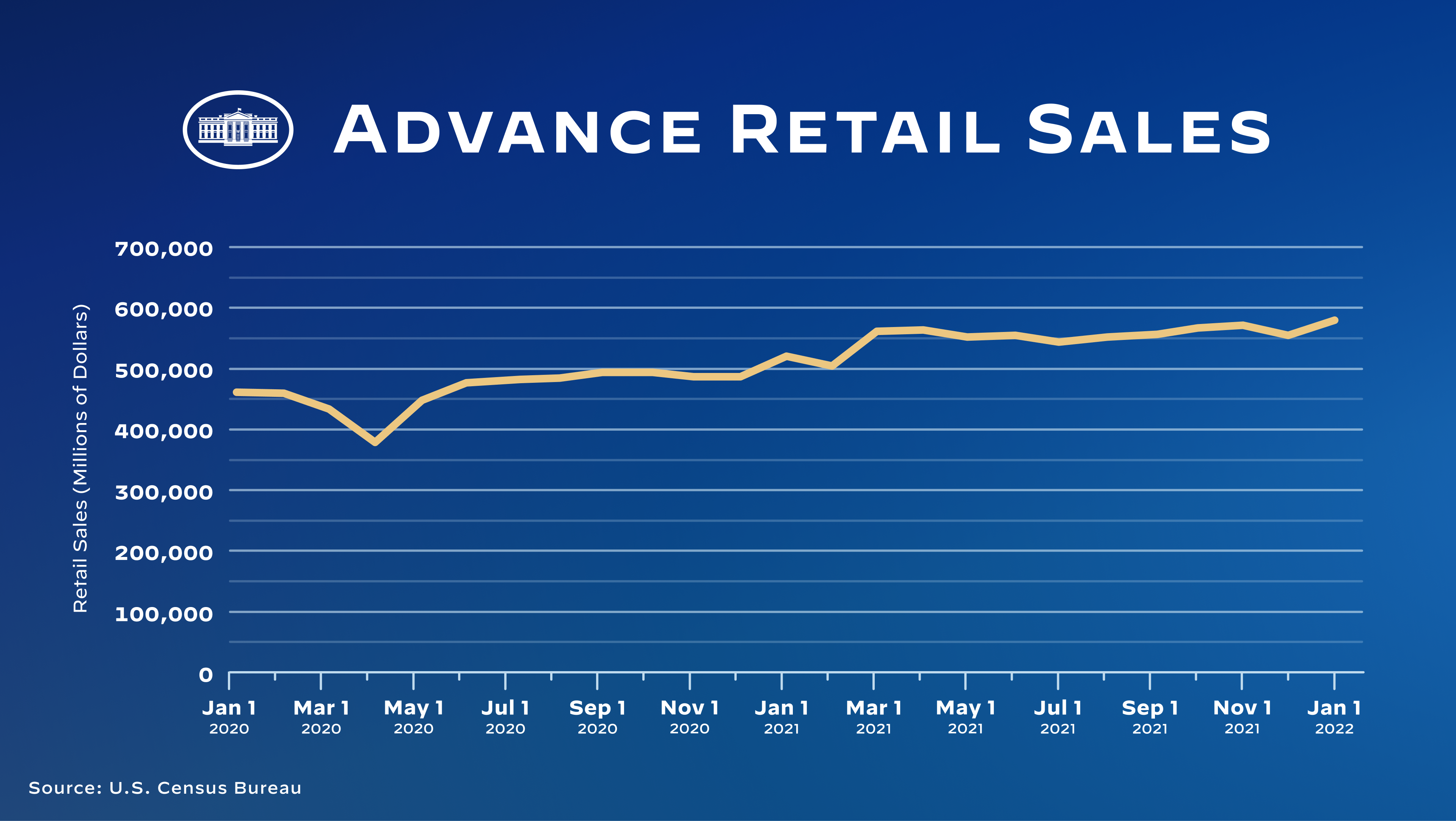 Americans picked up the pace of their spending in January as the threat of Omicron coronavirus variant faded and supply-chain shortages eased for some consumer goods.

Retail sales surged a seasonally adjusted 3.8% last month, whizzing past the projections of most economists. That compared to the prior month, when sales slid 2.5%, according to revised figures released Wednesday by the U.S. Commerce Department.

However, restaurants saw a 0.9% decline from the month before, likely as consumers refrained from going out to eat for fear of catching the virus, experts said.

"Omicron and inflation were not enough to deter U.S. consumers from spending in January," Lydia Boussour, lead U.S. economist, and Kathy Bostjancic, chief U.S. financial economist, at Oxford Economics, wrote in a report.

"The rebound was nearly twice stronger than consensus expectations and led by buoyant vehicle sales and online shopping as virus fear kept consumers away from restaurants," the economists said.