This morning, the OECD published its latest set of global economic projections – an update to the OECD Economic Outlook published last December. The report highlights the economic impact of Russia's invasion of Ukraine on countries and households across the world. For the United States, there are two clear takeaways:

In short, as the U.S. economy transitions from the historic recovery we've seen over the last year to stable, steady growth, the country is uniquely well positioned, compared to the rest of the world, to navigate global economic challenges on the horizon. 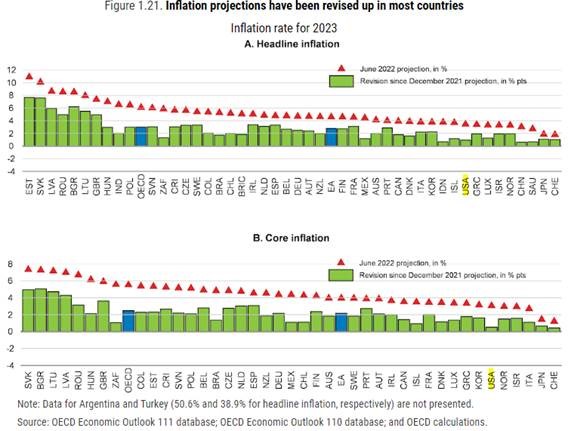