Today, two new reports highlighted Congress' shared responsibility to raise the debt limit and pay for past spending – while Wall Street forecasters warn of the catastrophic impact on our economy if they fail to do so.

The Center for American Progress published a new report outlining how Republicans are now threatening to refuse to raise the debt limit to pay the trillions of dollars in debt that they previously authorized, writing: "Only a small fraction of total U.S. debt subject to the limit—about 3 percent—was incurred after Biden took office on January 20, 2021. (see Figure 1) By contrast, 27.5 percent of the debt—or $7.8 trillion—was incurred during President Trump's term." The Congressional Research Service shared a memo with similar findings. 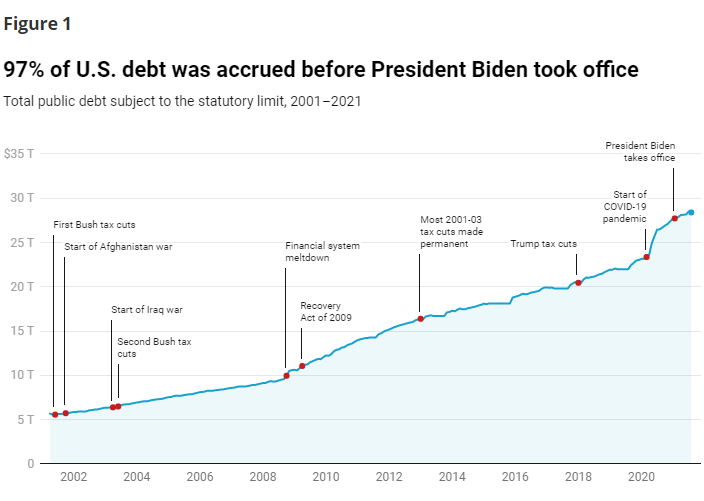 JP Morgan: "Given the experience of the debt ceiling debate in 2011, we think a technical default is extremely unlikely, but such an event could impact markets and the economy in a number of permanent ways. First, a technical default would likely negatively impact the sovereign ratings of the United States…[It] would likely impair demand for Treasuries and…have adverse implications for financing markets."