Administrator Regan noted the disproportionate impact lead pipes have on disadvantaged communities, especially communities of color, and how delivering clean drinking advances environmental justice. Next week, as reported by The Grio, Administrator Regan will travel to Wisconsin and Michigan to continue highlight the need for the water infrastructure investments in the Bipartisan Infrastructure Framework to replace lead pipes and deliver clean drinking water.

And, Mark McManus, General President of the United Association of Union Plumber and Pipefitters, announced his union's support for the deal in a statement: "Even in these polarized, partisan times, we know one thing to be true: infrastructure is the common ground where members of both parties can work together for the American people. This bipartisan framework is a critical step towards both parties coming together to achieve President Biden's vision to Build Back Better. We look forward to continuing our work with the Biden-Harris Administration and this bipartisan group of Senators to make historic investments to rebuild and modernize our nation's infrastructure and create good union jobs in the process." [Statement, 6/30/21] 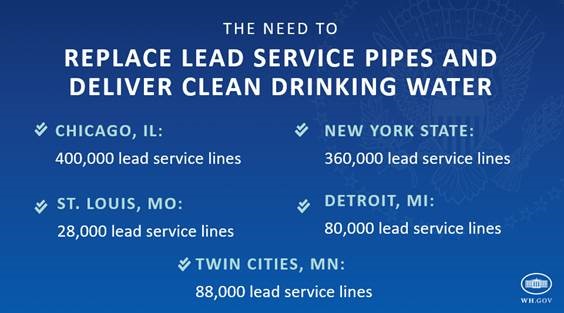 Below are key highlights:

@WhiteHouse: Even low levels of lead can cause behavior and learning problems in children – impairing their growth. The Bipartisan Infrastructure Framework will replace our nation's dangerous lead pipes and service lines. 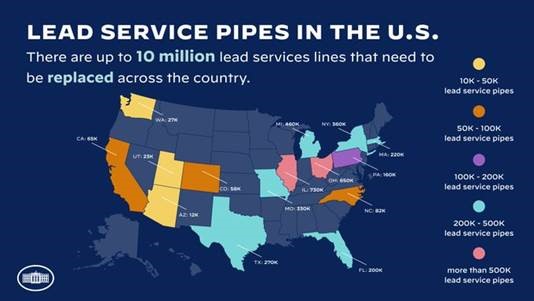 @WhiteHouse: The Bipartisan Infrastructure Framework will mean that every single American child – at home or in school – can turn on the faucet and drink clean water. 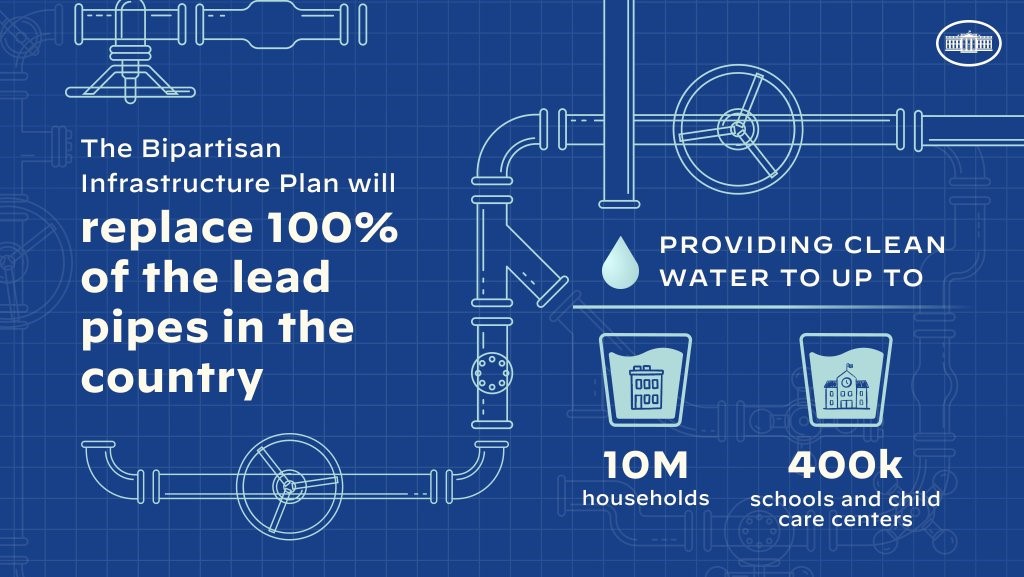 @EPAMichaelRegan:
-Clean and healthy drinking water
-Improved wastewater management
-Good-paying jobs
That's what we get when we invest in our nation's water infrastructure and that's what the Bipartisan Infrastructure Framework delivers. 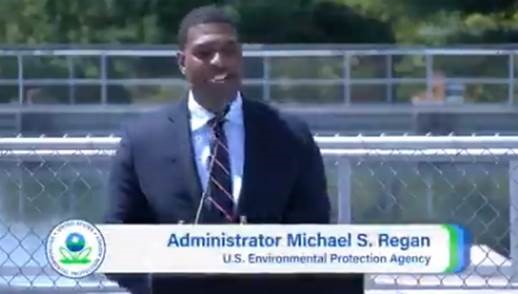 White House officials exclusively told theGrio that removing lead from water infrastructure will be a priority for the Biden-Harris Administration as the president sells his American Jobs Plan and Bipartisan Infrastructure Framework to Congress and the American people.

According to sources within the White House, the first Black man to serve as administrator of the Environmental Protection Agency, Michael Regan will travel to Wisconsin and Michigan next week. His goal for the trip is to engage communities in discussion on their water infrastructure challenges and progress.

Administrator of the Environmental Protection Agency (EPA) Michael Regan and Secretary of Transportation Pete Buttigieg take questions during the daily press briefing at the White House on May 12, 2021 in Washington, DC. (Photo by Drew Angerer/Getty Images)

EPA Administrator Regan will deliver remarks at the White House press briefing on Wednesday to explain why water infrastructure is at the core of the administration's agenda and equity policies, as well as sell the need for the country to finance the updates.

Democratic Congresswoman Brenda Lawrence of Michigan is grateful to the administration for taking on the issue of access to clean water. Her district was deeply impacted by the Flint Water Crisis due to its proximity to the city.

"This will significantly improve the quality of life for the American people and increase access to clean and safe drinking water. For far too long, our water infrastructure has been outdated and underfunded. That needs to change," Lawrence stated.

The midwest, specifically, is a region fraught with older water infrastructure and lead issues. According to former Secretary of Housing and Urban Development, Alphonso Jackson, Chicago will be the city to watch as the Biden Administration takes on the American water systems. He believes the abundance of city dwellers living in public housing is one of the reasons the water infrastructure remains in need of repair.

According to White House data secured by theGrio, an estimated 6 to 10 million lead service lines need to be replaced across the country.