ICYMI: Car and Driver: Gas Prices See Fastest Decline in over a Decade, Down 83 Cents Since Mid-June

Car and Driver reported that gas prices are seeing their fastest decline in a decade, with the national average at $4.19 a gallon, down from $5.02 in mid-June. President Biden has taken decisive action to lower prices at the pump. Now, gas prices have fallen for seven consecutive weeks.

Since Car and Driver's report was published, gas prices have dropped an additional 5 cents and are now 88 cents below their peak in mid-June. More than half of all gas stations in the United States are offering gas for $3.99 a gallon or less. As a result, American drivers are spending on average $45 less each month on gas.

Car and Driver: Gas Prices See Fastest Decline in over a Decade, Down 83 Cents Since Mid-June
[Eric Stafford, 8/2/22]

Gas prices have been extremely volatile this year, with the national average peaking above $5 per gallon in June. However, prices have now fallen for the past seven weeks straight, according to data collected by Gas Buddy.

President Joe Biden today tweeted that the current drop in gas prices is the fastest decline the country has seen in over a decade. The highest recorded average price of a gallon of regular was $5.02 in mid-June, per AAA, which today lists the national average at $4.19 per gallon. That's a difference of 83 cents. 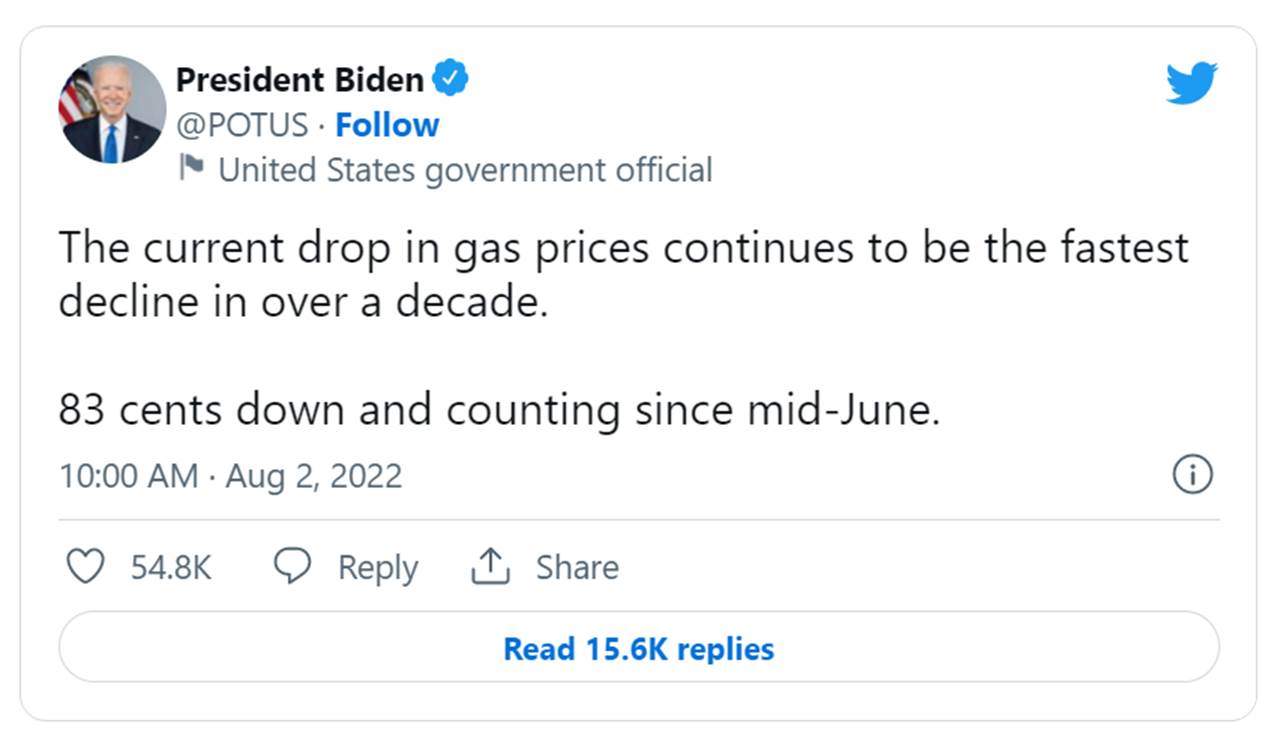