By virtue of and pursuant to the authority vested in me as President of the United States and by the act of June 25, 1910, ch. 421, 36 Stat. 847, as amended by the act of August 24, 1912, ch. 369, 37 Stat. 497, and in order to effectuate further the purposes of the Migratory Bird Conservation Act (45 Stat. 1222), it is ordered that the public lands within the following-described area, together with all lands of the United States within the meander line of Winnemucca Lake and east of the eastern boundary of the Pyramid Lake Indian Reservation, be, and they are hereby, withdrawn from settlement, location, sale, or entry and reserved and set apart for the use of the Department of Agriculture, subject to valid existing rights, as a refuge and breeding ground for migratory birds and other wildlife: Provided, That upon the termination of any private right to, or appropriation of, any public lands within the exterior limits of the area described in this order, such lands shall become a part of the refuge: 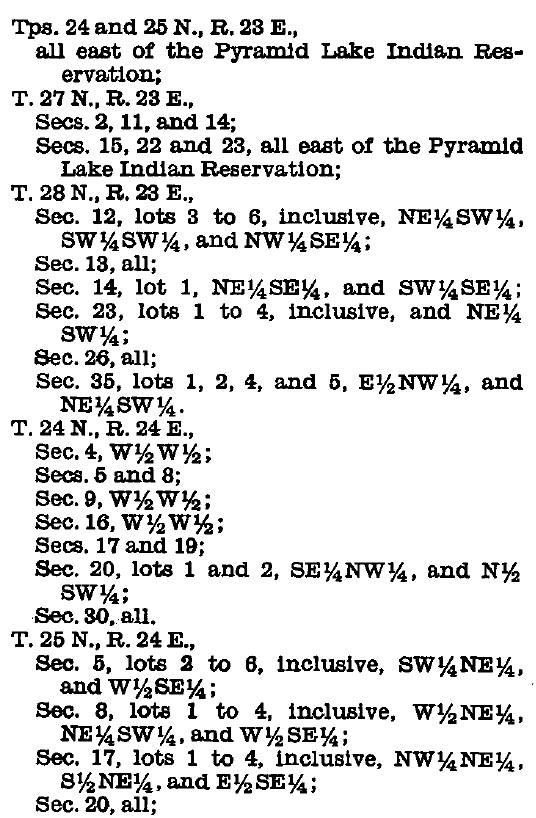 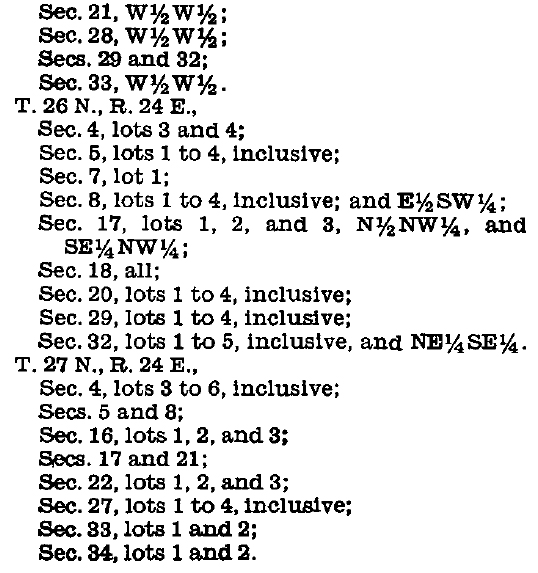 The greater part of the land herein reserved has been withdrawn for reclamation purposes in connection with the Newlands Irrigation Project and is primarily under the jurisdiction of the Department of the Interior. The reservation of such lands as a migratory bird refuge is subject to the use thereof by said Department for irrigation and other Incidental purposes.

The reservation made by this order supersedes as to such of the above-described lands as are affected thereby the temporary withdrawal for classification and other purposes made by Executive Order No. 6910 of November 26, 1934, as amended.

This refuge shall be known as the Winnemucca Migratory Bird Refuge.