Has Obama acted outside the law?

Last week, we saw an escalation in the fight between President Obama and House Republicans about his alleged lawlessness. The House voted to authorize Speaker John A. Boehner (R-Ohio) to initiate lawsuits "to seek appropriate relief for the failure of the president … to act in a manner consistent with [his] duties under the Constitution."

Underlying this battle are disagreements about the legitimate use of executive discretion. The GOP maintains that Obama has failed to faithfully execute the law, as is his constitutional duty. The Democrats say either "things are not as clear as you think" or "we're not doing anything Bush didn't do." And both sides talk about how many executive orders Obama has or has not issued. 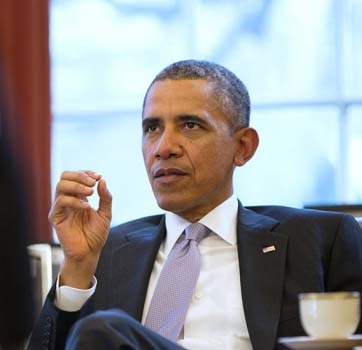 But this dispute cannot be resolved by counting the numbers of executive orders.

In recent weeks my website, the American Presidency Project, has been cited several times for our data on the frequency of Obama's executive orders. We have a table showing that on an annualized basis, Obama has issued fewer such orders per year than other presidents since 1933. Commentators have cited these numbers to show that the Republicans are wrong in their criticism of Obama.
But that tally is almost entirely irrelevant to this dispute because executive orders are only one way a presidential administration can take action without congressional approval. In the areas of his alleged abuses, Obama has taken almost no actions using executive orders. In many cases, he has conveyed orders in other written forms, principally with documents called "memorandums."

The White House could have prevented agencies from taking these regulatory actions, but it did not do so. And in many of the cases, the White House has embraced and publicized the agency rule.

Clearly, presidents do not have the unilateral authority to simply "fix" something that is wrong in a law. Normally, Congress and the president would work together to correct mistakes. However, permissible agency discretion almost certainly includes delaying parts of a law's implementation in the interest of achieving a better outcome for a program authorized by law. Arguably, this is exactly what has happened in the case of several independent regulatory agencies that are far behind schedule implementing financial reform. Those regulatory delays don't seem to bother the GOP.

Of course, the GOP stance is ironic. Republicans oppose the entirety of Obamacare but are proposing to litigate against delaying implementation of parts of a law they detest. Such a stance is far weaker than it would be if the House had strongly supported the law and the president was now trying to gut it through inaction. Presumably the House majority thinks immediate implementation of those parts of the legislation would provoke a political backlash favorable to their side.

It is noteworthy that House Resolution 676 authorized a court challenge rather than impeaching Obama. Traditionally this is the kind of controversy that courts have declined to resolve, as it is a classic "political question." If the House has a problem with the president, then in principle it (together with the Senate) has all the legal resources it needs to restrain the president. But Republican leaders understand that there is no chance of a conviction in the Senate, whereas there is some small chance of getting a favorable court decision in some court somewhere in the nation sometime between now and the midterm elections.

It seems clear that in this matter, both sides are playing to their respective electoral bases. The GOP right wing detests Obama, and the leadership wants to keep these highly mobilized voters engaged heading into the midterm elections. But Republican leaders also remember the voter backlash against the Clinton impeachment in the 1998 midterm elections, and so sought a way to express outrage without impeaching.

Democrats, on the other hand, can cast the resolution as a first step toward impeachment in order to mobilize their base.
This has been an interesting fight for political specialists to watch. It involves a serious discussion about the appropriate range of executive discretion. This is not a new fight, and the issue ought to be one of broad public concern. Almost none of the concerns the GOP raises about executive power is at all novel. In this dispute, Obama's number of executive orders is pretty close to irrelevant. The content of executive discretion, broadly conceived, is of the essence.

John T. Woolley, a professor of political science at UC Santa Barbara, is co-director of the American Presidency Project.