The term "news conference" refers simply to an interaction between the President and multiple members of the press in a relatively formal setting.  The President and the press meet specifically for the President to respond to press questions. In the early years those interactions were only partly "on the record," as specified by the President, and were not broadcast live.  Indeed in several early instances (e.g., Coolidge, Hoover), reporters submitted questions in writing, and the President selected which to answer.

The modern idea of a press conference dates from the Eisenhower Administration.  In those modern conferences, the President responds to un-vetted questions in a public forum, and the event is nationally broadcast.

A different kind of interaction is referred to as an "exchange with reporters."  An exchange with reporters typically happens incidentally alongside some other meeting or event.  This is often while the President is moving from one location to another and pauses to take questions from reporters (e.g. walking to the helicopter).  Alternatively, the President may decide at the end of remarks to respond to questions from reporters.  Early in the Trump Administration, the White House did not prepare transcripts of many of President Trump's "exchanges."

On our Advanced Search page you can find the transcripts of all news conferences in our collection, and select by president or specific time period. ("Document Category" = News Conferences). In several cases, the number of transcripts in our archive is slightly different from the number tabulated by others.  In modern presidencies, the Public Papers title usually includes the words "News Conference," but not always.  An interesting example is a Kennedy conference from 1961. Another interesting example is a surprise Obama appearance in the Press Briefing Room in 2012 that looks a lot like a News Conference.

News Conference (or Press Conference) vs Press Briefing.  Press briefings rarely involve the President--notable exceptions involved Trump's participation in Coronavirus Task Force Press briefings.  Briefings have usually been frequent--sometimes daily--meetings of the White House Press Corps with the Press Secretary (and/or others).  These provide an opportunity for the White House to convey information and for the press corps to ask questions on virtually any topic of interest.  For a period, the Trump Administration discontinued regular press briefings with the Press Secretary.  This link will take you to Press Briefings during the Biden Administration. Our collection includes over 6000 press briefings mostly starting with Clinton.  We have examined press briefings in an Analysis.

A main take-away:  Presidents have many avenues for providing information to the Press, and different Presidents combine them in different ways. Those below are not all the ways, either.  Consider interviews both on and off the record and deliberate "leaks" of information indirectly. 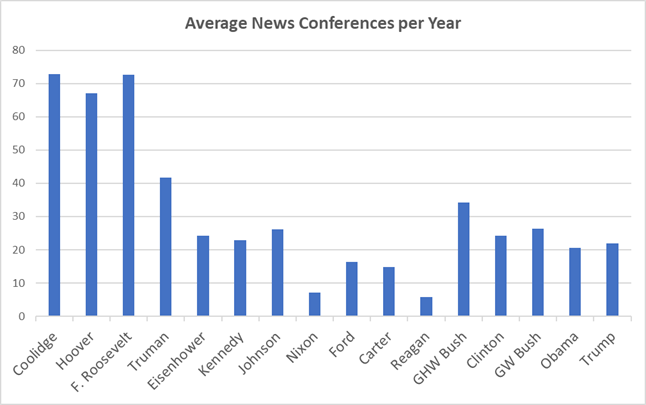 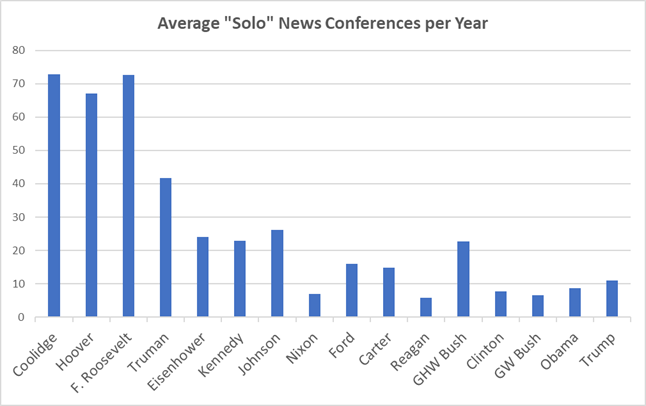 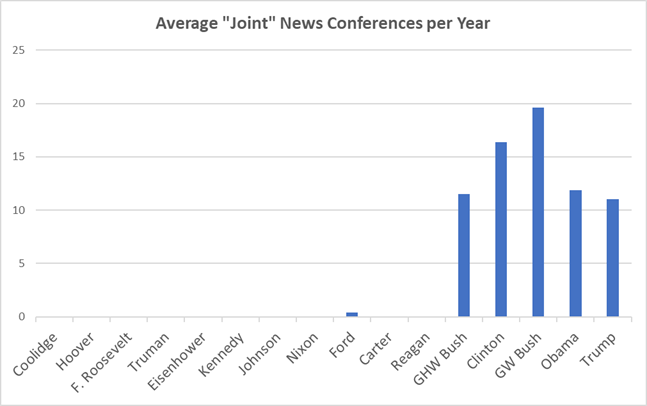