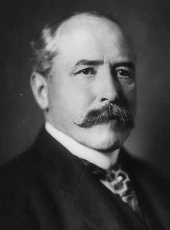 To the Democracy of the Nation:

Our thanks are due to the members of the National Committee and to the Executive Committee in charge of the campaign for the most unselfish, capable, and brilliant party service. All that it was possible for men to do they did, but our difficulty was beyond the reach of party managers.

I am most grateful to them and wish in this general way to extend my thanks to the workers, as well as the rank and file, all over the country. I know how hard they struggled against overwhelming odds, and I only wish I could take each one by the hand and thank him.

Deeply as I regretted leaving the bench at the time of it, in the presence of overwhelming defeat, I do not lament it. I thought it my duty. In the light of my present information I am now even more confident that I did right. I shall never seek a nomination for public office, but I shall to the best of my ability serve the party that has honored me, and through the party serve my country.

The party has in the near future a great mission. Before long the people will realize that the tariff-fed trusts and illegal combinations are absorbing the wealth of the Nation. Then they will wish to throw off these leeches, but the Republican Party will not aid them to do it, for its leaders appreciate too well the uses to which the moneys of the trusts can be put in political campaigns.

When that time comes, and come it will, the people will turn to the Democratic Party for relief, and the party should be ready—ready with an organization of patriotic citizens covering every election district, who are willing to work for the love of the cause—an organization supported by as many town, city, county, and State officers as we are able to elect in the meantime.

We entered this canvass with every Northern, Western, and Eastern State save one in Republican control. This gave to that party a large army of office holders reaching into every hamlet, many of whom gladly followed the examples set them by the members of the President's Cabinet in devoting their time and services to the party.

To accomplish much in this direction, however, we must forget the difficulties of the past. If any one suspects his neighbor of treachery let him not hint of his suspicion. If he knows he has deserted us let him not tell it. Our forces have been weakened by divisions. We have quarreled at times over non-essentials.

If we would help the people: if we would furnish an organization through which they may be relieved of a party that has grown so corrupt that it will gladly enter into partnership with trusts to secure money for election purposes, we must forget the differences of the past and begin this day to build up, wherever it may be needed, a broad and effective organization. And we must by constant teaching, through the press and from the platform, apprise the people of the way the vicious tariff circle works. We must bring home to them, at other than election seasons, the fact that the money contributed to the Republican Party by the trusts is not only dishonest money, but it is given that the trusts may without hindrance, take a much larger sum from the people.

In the presence of a defeat that would take away all personal ambition—were it true that otherwise it possessed me—I do not hesitate to say that in my opinion the greatest moral question which now confronts us is: Shall the trusts and corporations be prevented from contributing money to control or to aid in controlling elections?

Such service as I can render in that or any other direction will be gladly rendered. And I beg the co-operation, as a fellow-worker, of every Democrat in the country.