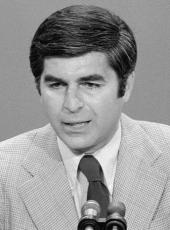 Kitty and I and our family can't even begin to express our gratitude to you and to hundreds of thousands of people like you across this country who have given so much to us, and to the American people, in the last 18 months.

Just a few minutes ago, I called Vice President Bush and congratulated him on his victory. And I know I speak for all of you and for all the American people when I say that he will be our president and we'll work with him. This nation faces major challenges ahead, and we must work together. And I extended my best wishes to him and to Mrs. Bush, and the members of the Bush family.

Kitty and I also had a chance to talk to Lloyd and B.A. Bentsen-and we-and I know we express your feelings when I say that he and she were superb running mates. They're wonderful friends. I'm so proud of that choice. So proud of both of them, and we have formed a friendship which will last as long as we live on this planet. They are two wonderful people, and Lloyd Bentsen has been one of the great assets of this campaign.

Just 18 months ago on what some of you will recall was a cold and snowy April day, I asked you for your support in running what I call a marathon for the highest honor that the American people can bestow on anyone. I said there'd be good days, and we had a lot of good days didn't we? And I said there'd be not-so-good days, and we had a few of those too. And I talked about another marathon that I had run in April of 1951, when I found myself struggling up a hill or two and people saying to me, "Looking good Duke go to it." That is what you have done, I'm very grateful to you. We had those good enough so good days. We reached Heartbreak Hill and overcame it, and then we found the strength to make that final kick. And tonight my heart is filled with gratitude that everyone who has made this extraordinary experience of ours possible-From my friends and neighbors here in Massachusetts, to those 3,000 people who were waiting for us at 3 o'clock this morning in Des Moines, Iowa.

As I think back on this marathon, I'll never forget the beauty of this magnificent land, from those beautiful colonial villages of New Hampshire, to the farmland of Iowa, to the magnificence of Yellowstone and the California coast. But most of all, I'll remember the people I've met. Their strength, their values, their generosity, and their hospitality to Kitty and me and to our family. And it is very important that we continue to fight for them and for families all across America.

This campaign has not been just about me and Lloyd Bentsen. It's been about these families and the challenges they face every day of their lives. It's been about all of us and the values and the ideals that we share. That's what we've been fighting for, and that is what we must continue to work for every day and every week and every month of our lives.

Let me say thank you to many, many people in this country, those who gave us their support, those hundreds of thousands of volunteers who worked so hard and so long and so tirelessly. I want to thank the members of the world's oldest and greatest party, the Democratic Party, for all that they did. I want to thank this wonderful family of mine, Kitty and John and Andrea and Todd and Lisa and my mother and Kitty's Dad. They've been terrific.

And let me simply conclude by saying this to all of you and to people like you all across the country, and especially to those of you who are young people, and there are many young people here. There is nothing you can do in this world more fulfilling and more satisfying than giving of yourself to others and making a contribution to your community and your state and your nation and your fellow citizens.

Thank you all very very much.