Press Release - You Won't Want To Miss This: Graham On Late Night With Seth Meyers Regarding The Republican Field: "15's Not That Big...It's Three Basketball Teams"

Alexandria, VA - Senator Lindsey Graham appeared on Late Night with Seth Meyers last night where he discussed the latest on the nuclear deal reached by the Obama Administration, five other world powers and Iran, as well as his 2016 presidential run.

Senator Graham joked on Tuesday night, "This is what happens when you're at one percent. You show up at 12:30 on television."

In case you missed it, watch the full episode here: 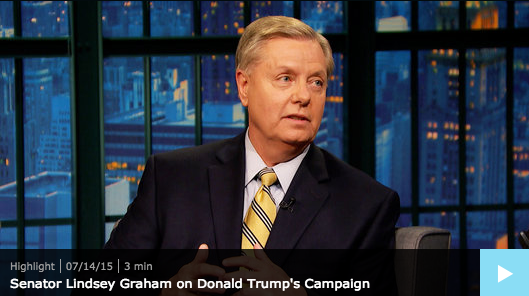