"I'm Not Sure He Could Have Imagined A Better Performance Than He Has Delivered So Far." 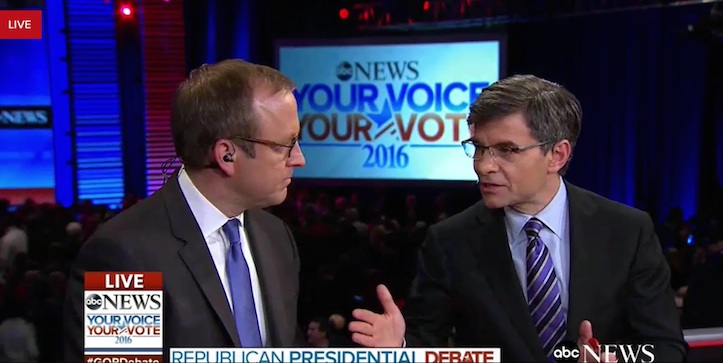 JONATHAN KARL: "I have never seen Christie tougher in this race, I have never seen Marco Rubio more rattled. He repeated himself three times, precisely when Chris Christie's criticism was, you always repeat yourself with the same canned speech. This was a tough moment for Marco Rubio."

David Gregory: "Jeb and Christie coming up big so far..."

FiveThirtyEight's Harry Enten: "...I'm not sure he could have imagined a better performance than he has delivered so far."

Gawker: "Chris Christie Just Ripped Into Marco Rubio and the Crowd Loved It"

CNN's David Mark: "Chris Christie is having a good night at the Republican debate."

Austin Statesman's James Barragán: "Chris Christie and, dare I say it, Jeb Bush having strong nights so far. No "please, clap" tonight. He's holding his own"

David Gregory: "Rubio weak when making a process argument on immigration. Christie strong when underlining what a leader does."

Ann Coulter: "Christie kicking Rubio's butt: He acts like Gang of 8 amnesty was something that just happened. IT WAS HIS IDEA."

CNN's Nia-Malika Henderson: "Feels like Christie has been much more dominant. Has used his time very well."

Ari Fleischer: "Christie is really having a strong night."

CBS' John Dickerson: "What other debate attacks have been as sustained and effective as Christie's on Rubio? Relentless."

Bloomberg's Sahil Kapur: "Rubio, Jeb dodge when asked if majority of Americans who want higher taxes on rich are wrong. Christie is direct: "You're wrong."

NBC News' Chuck Todd: "Christie, Kasich and Bush are all having their best debate performances tonight. Is it too little too late or just in time"

Hugh Hewitt: "Wow. Superb answer by @ChrisChristie on basics of mobility of wealth."