Press Release - Webb: Most Important Role is Commander in Chief 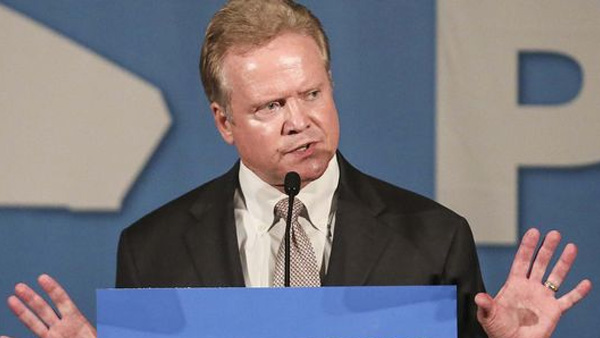 Former Virginia Sen. Jim Webb touted his military experience and vowed to use care in ordering use of force during his speech Friday at the Iowa Democratic Party Hall of Fame Dinner.

Webb, a Marine Corps veteran of the Vietnam War and a former secretary of the Navy, said he had rare experience and judgment. "I've spent my entire life in and around the U.S. military," he said.

"I assure you, by the way, that if I were your president, I would have never urged an invasion of Iraq. And I would never have voted to authorize that proposal," he said, drawing some of his strongest applause.

He didn't mention it, but the leading Democratic presidential candidate, Hillary Clinton, voted as a senator to authorize the Iraq invasion under President George W. Bush. She later apologized for the vote, but some critics still point to it as a lapse of judgment.