This cover on the New York Daily News is a deplorable example of the media putting their political agenda over the suffering of victims and their families. The genuine thoughts and prayers offered to victims in need are not political fodder.

This attack represents a fundamental problem with the media and politics in general. Attacking religious sentiments to promote an agenda as tragedy strikes is despicable. 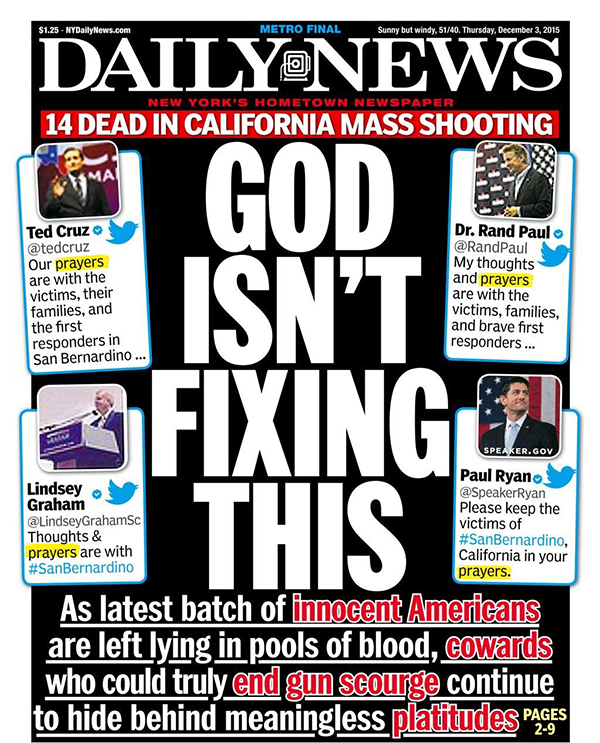 Rand Paul, Press Release - This Attack Represents a Fundamental Problem With the Media and Politics in General Online by Gerhard Peters and John T. Woolley, The American Presidency Project https://www.presidency.ucsb.edu/node/316822