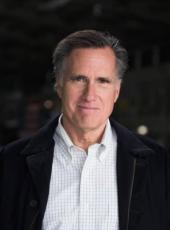 Today, In South Carolina, Governor Romney Will Discuss His Strategy To Strengthen Our Economy And Make America More Globally Competitive. America's economy faces unprecedented challenges both here at home and abroad. For decades, Washington has talked about strengthening America in this ever-changing global economy. Yet, little has happened. As President, Governor Romney will bring change to Washington. He will take action to build a stronger economy by lowering taxes, enhancing our competitiveness and improving education.

To Strengthen The Economy And American People, Governor Romney Will Lower Taxes. Lower taxes are the key to ensuring continued economic growth and job creation. However, our economy is threatened by looming tax hikes. To reduce taxes, Governor Romney will:

- Roll Back Tax Rates For All Americans. As President, Governor Romney will cut marginal tax rates across the board, allowing all Americans to save more money.

- Kill The Death Tax. It is unfair to tax Americans three times: once when they earn their money; second when they invest it and receive income from those investments; and third when they die.

- Lower The Corporate Tax Rate. The United States has the second highest corporate tax rate in the Organization for Economic Co-operation and Development. We cannot afford to have a tax rate that is out of alignment with the other major economies of the world.

- Prevent The Alternative Minimum Tax (AMT) From Hurting More American Families. At the very least, Congress must pass a patch to the AMT that will prevent this tax from affecting more and more families in America.

- Launch A "Reagan Zone Of Economic Freedom" Among Nations Committed To High Standards and Enforcement: Governor Romney will seek to bring together nations committed to open markets and playing by the rules in the largest ever Free Trade Area, and go beyond traditional trade to promote high standards in areas critical to U.S. competitiveness.

- Conclude Existing Negotiations, Like The Doha Round, To Benefit America. The Doha Round and free trade agreements can be huge opportunities for America.

- Give The President Trade Promotion Authority (TPA) To Open Markets For America.

- Create Worker Empowerment And Training Accounts. These self-managed accounts will give workers the opportunity to take control of their own futures by getting the training and education they need to succeed in the new economy.

- Streamline And Enhance Access To Worker Training And Educational Programs. Governor Romney will initiate an audit of all existing worker training and educational programs to ensure that workers are being helped most efficiently.

- Invest In Building And Repairing The Nation's Transportation Infrastructure.

- Increase By Five-Fold – From $4 Billion To $20 Billion – Our National Investment In Energy Research, Fuel Technology, Materials Science And Automotive Technology. Research spins out new ideas for new products for both small and large businesses. Industries thrive in the investment and creation of new technologies.

- Promote School Choice. He believes that when parents and kids are free to choose their school, everyone benefits.

- Improve Upon And Enhance No Child Left Behind (NCLB). No Child Left Behind has been important in stressing accountability and high standards in improving our schools. Governor Romney will improve NCLB by giving states that meet or exceed testing requirements additional flexibility in measuring student performance, and by focusing more attention on individual student progress.

- Honor Teaching As The Profession It Truly Is. Good teachers should be rewarded for their work and dedication to educating our children. Governor Romney supports performance-based pay and other initiatives that encourage our best teachers to teach in our highest-need schools.

- Ensure Our Kids Get The Education They Need To Excel In The Jobs Of The New Economy. As President, Governor Romney will emphasize math and science education, while promoting innovative approaches such as charter schools and public-private partnerships, to ensure that our workers have the intellectual capital and skills to compete in the 21st century economy.

- Teach English In Our Schools. Governor Romney believes we must teach English in our classrooms because to be successful you have to speak the language of America.