Press Release - The One Candidate Who Did Something in Congress 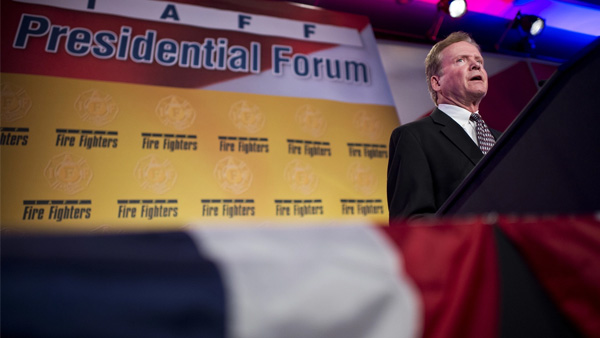 When the expansive presidential field tops out the week after next, five current and six former members of Congress will officially be in the hunt. Only one can claim to have driven the enactment of landmark legislation.

Jim Webb, who announced his bid for the Democratic nomination a week ago, spent just a single term as a senator from Virginia and realized his crowning achievement as a freshman. The bill he introduced on his first day in office in 2007, the most comprehensive update of the GI Bill in 25 years and the biggest expansion of educational aid to veterans since World War II, became law a year and a half later.

Voters continue to say they're hungry for a president who can conquer gridlock. The question is whether a proven ability to get a really big bill into law with broad bipartisan support — and one expanding the social safety net under more than a million ordinary Americans — will be enough to propel Webb's candidacy over a gauntlet of significant challenges and into the zone of viability.

Jim Webb, Press Release - The One Candidate Who Did Something in Congress Online by Gerhard Peters and John T. Woolley, The American Presidency Project https://www.presidency.ucsb.edu/node/312943