With a mounting sense of excitement, Bernie's three-day Iowa campaign swing took him on Thursday from Davenport to Muscatine and on to West Branch.

At City Hall in Davenport, Bernie met with Mayor Bill Gluba, the top official in Iowa's third largest city. Gluba told reporters afterward that he was "impressed" with Sanders' performance Wednesday night at a packed auditorium at St. Ambrose University. "He became a serious player in the Iowa caucus last night," Gluba said. "If he keeps at it, he is going to capture the hearts and minds of Iowans."

Then It was on to Muscatine Community College for a mid-day meeting with more than 100 people. "I've been hearing great things about Bernie Sanders and I wanted to check it out for myself," Mike Will told the Muscatine Journal. "He adds real American values and morals, a voice for everyone," Andrew Anson said.

By Thursday evening a big crowd of more than 200 people gathered in the beautiful backyard of the West Branch home of Dave Johnson and Jennie Embre. "There is a little bit of magic about him like there was about Obama," Johnson told a reporter afterward. 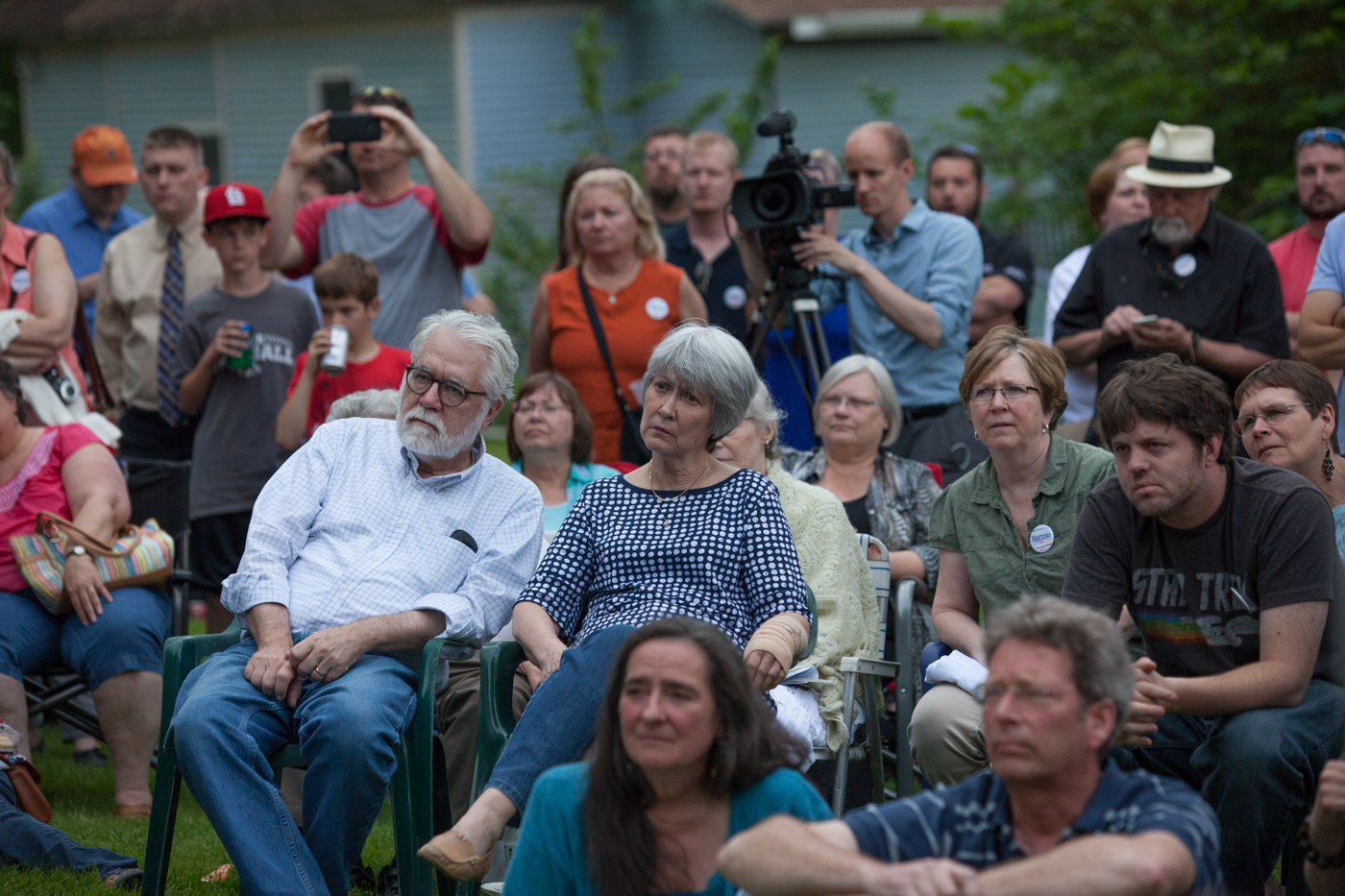 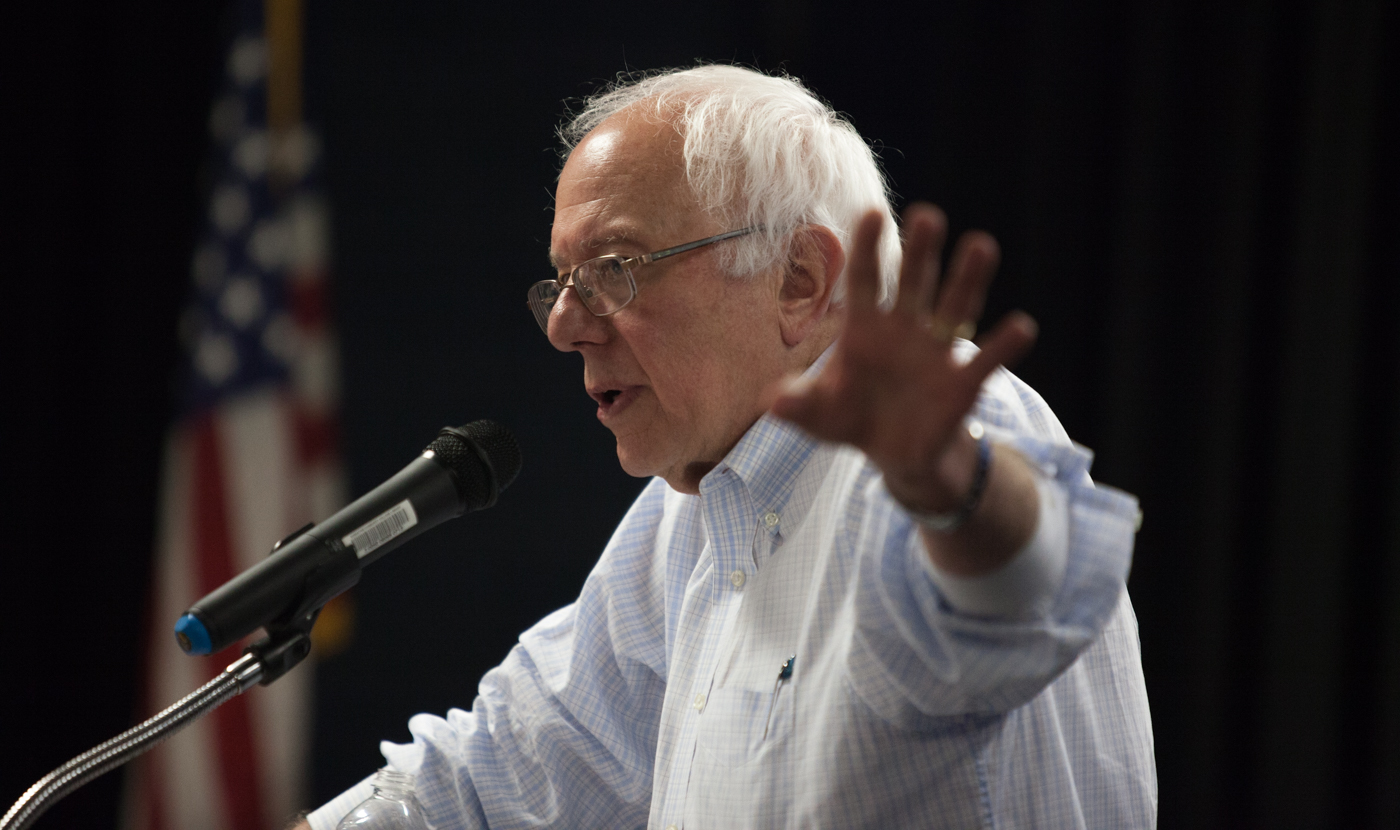 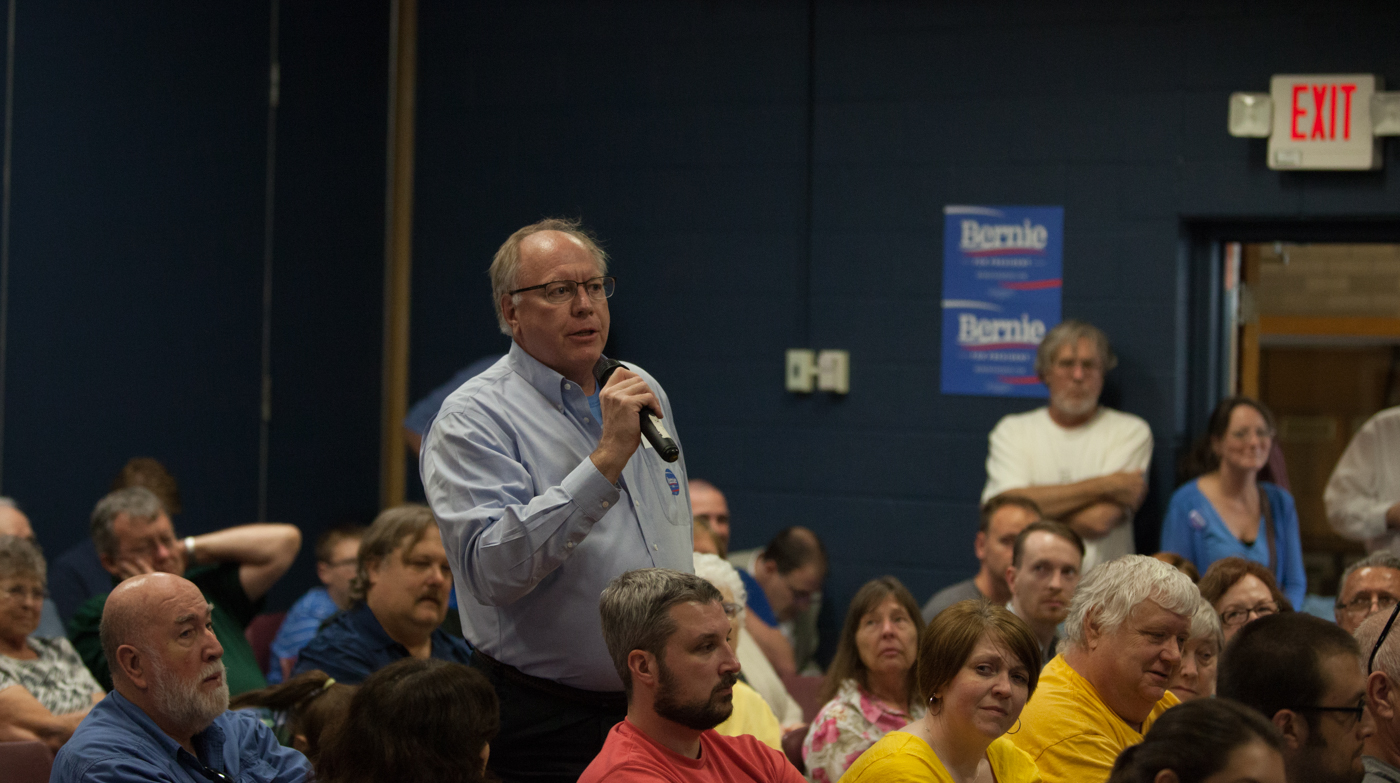 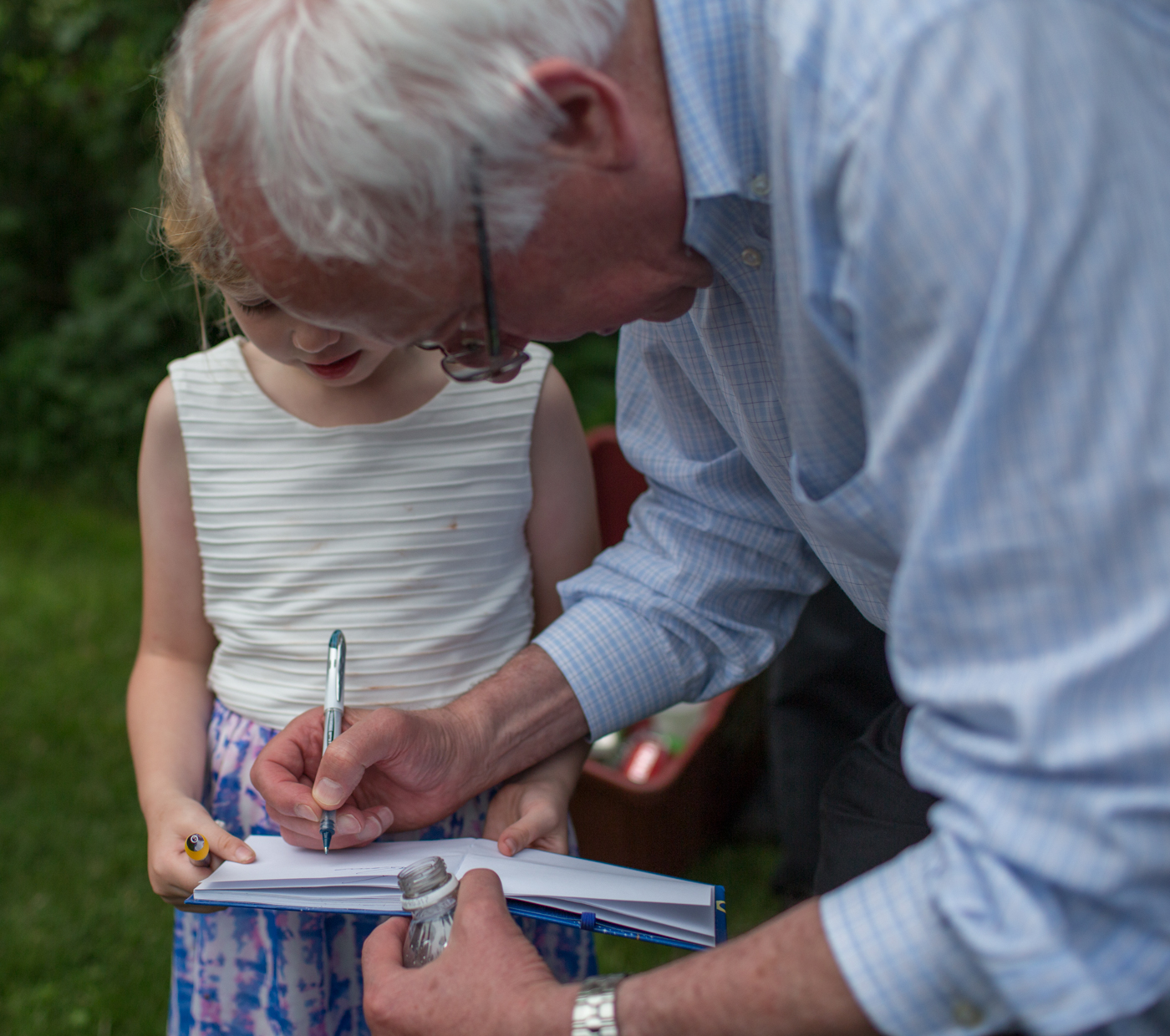 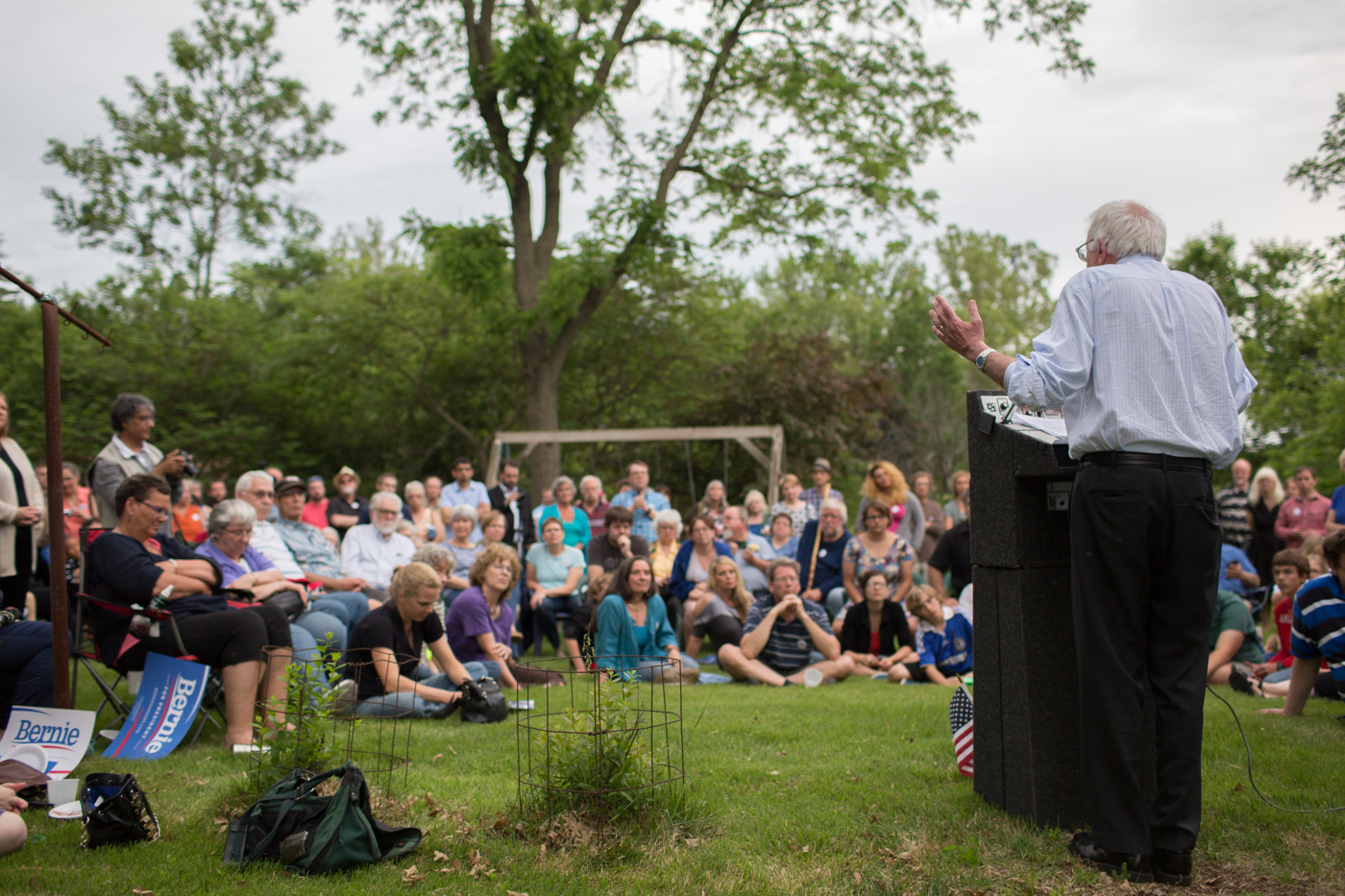 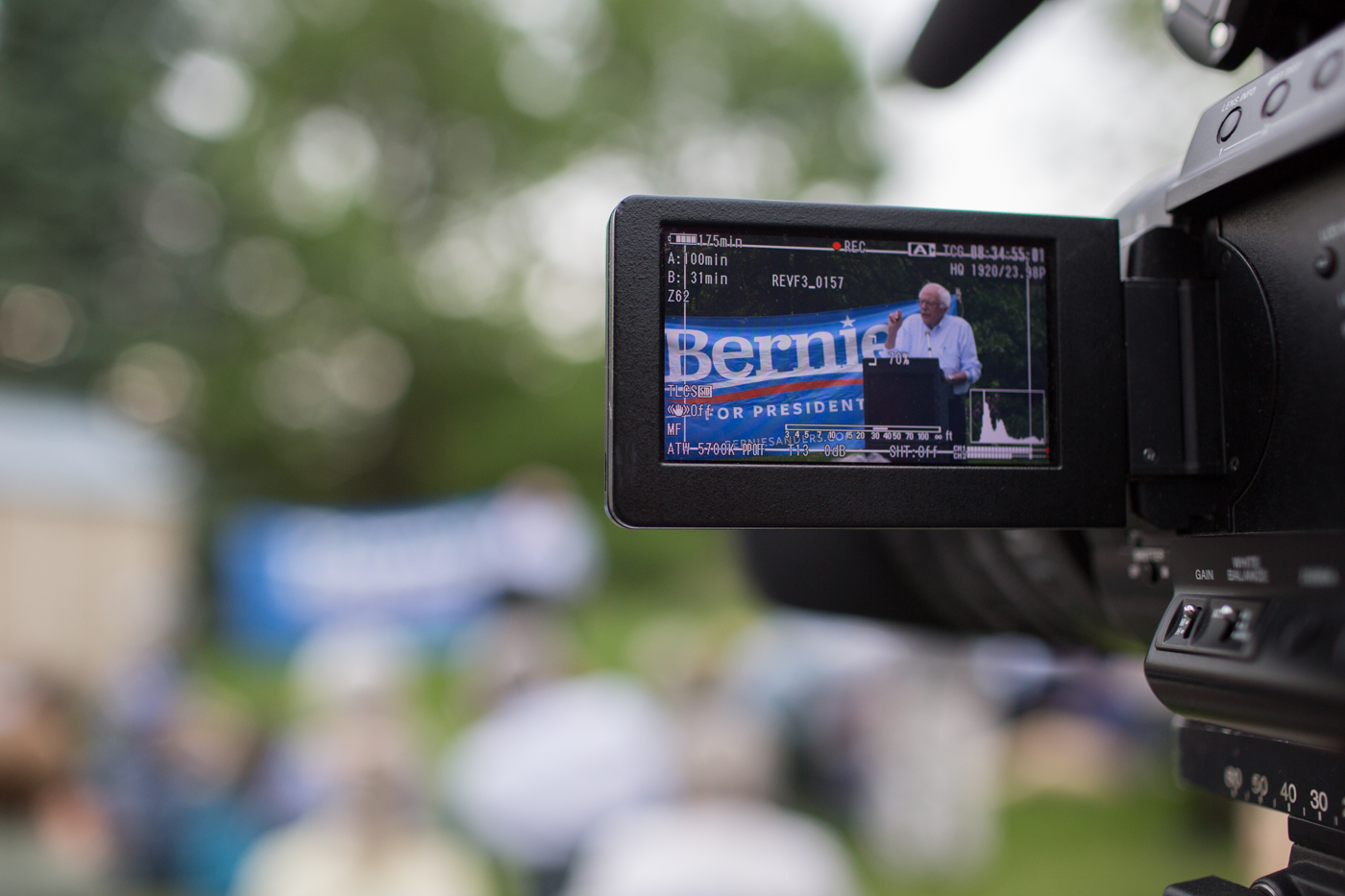 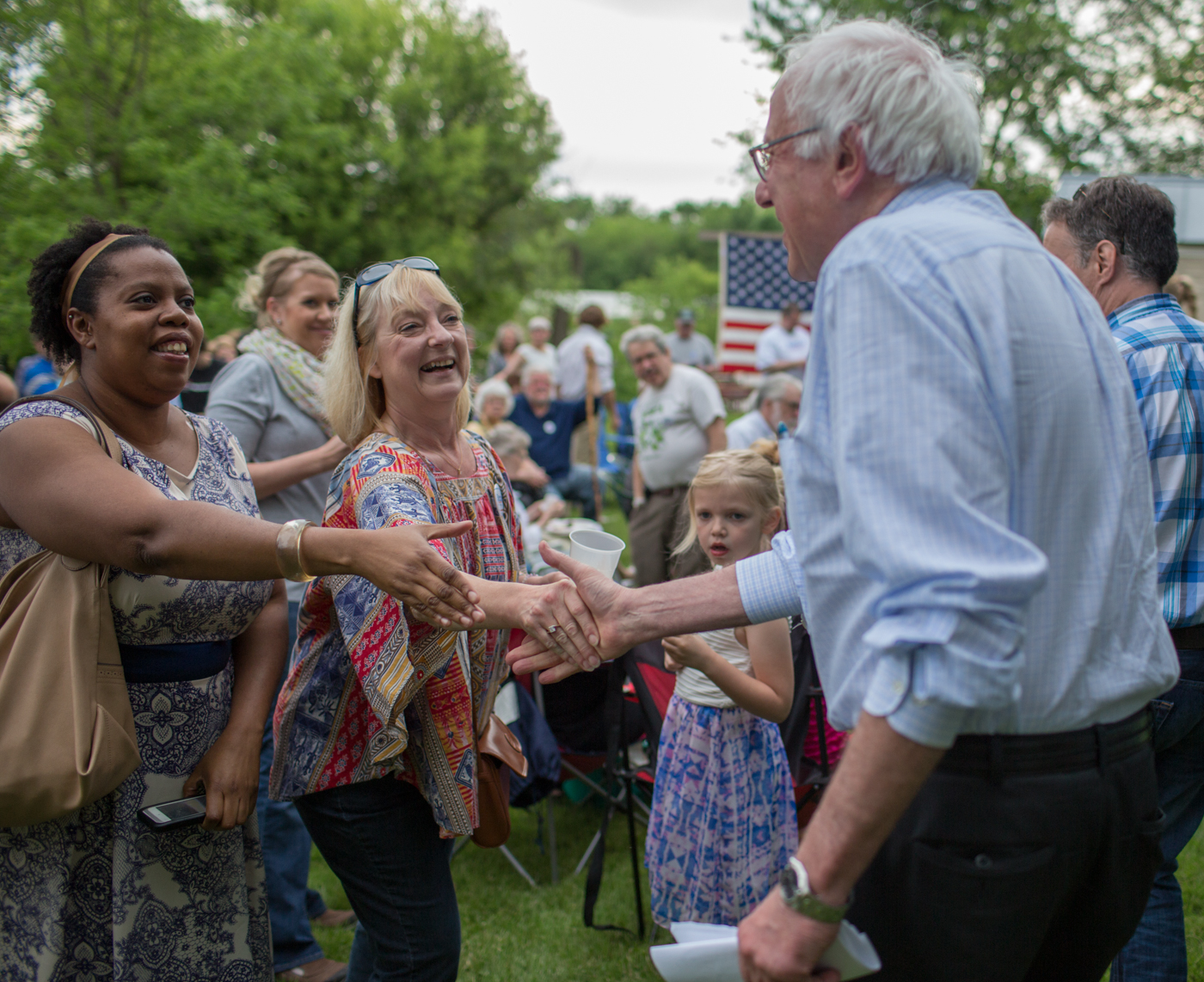 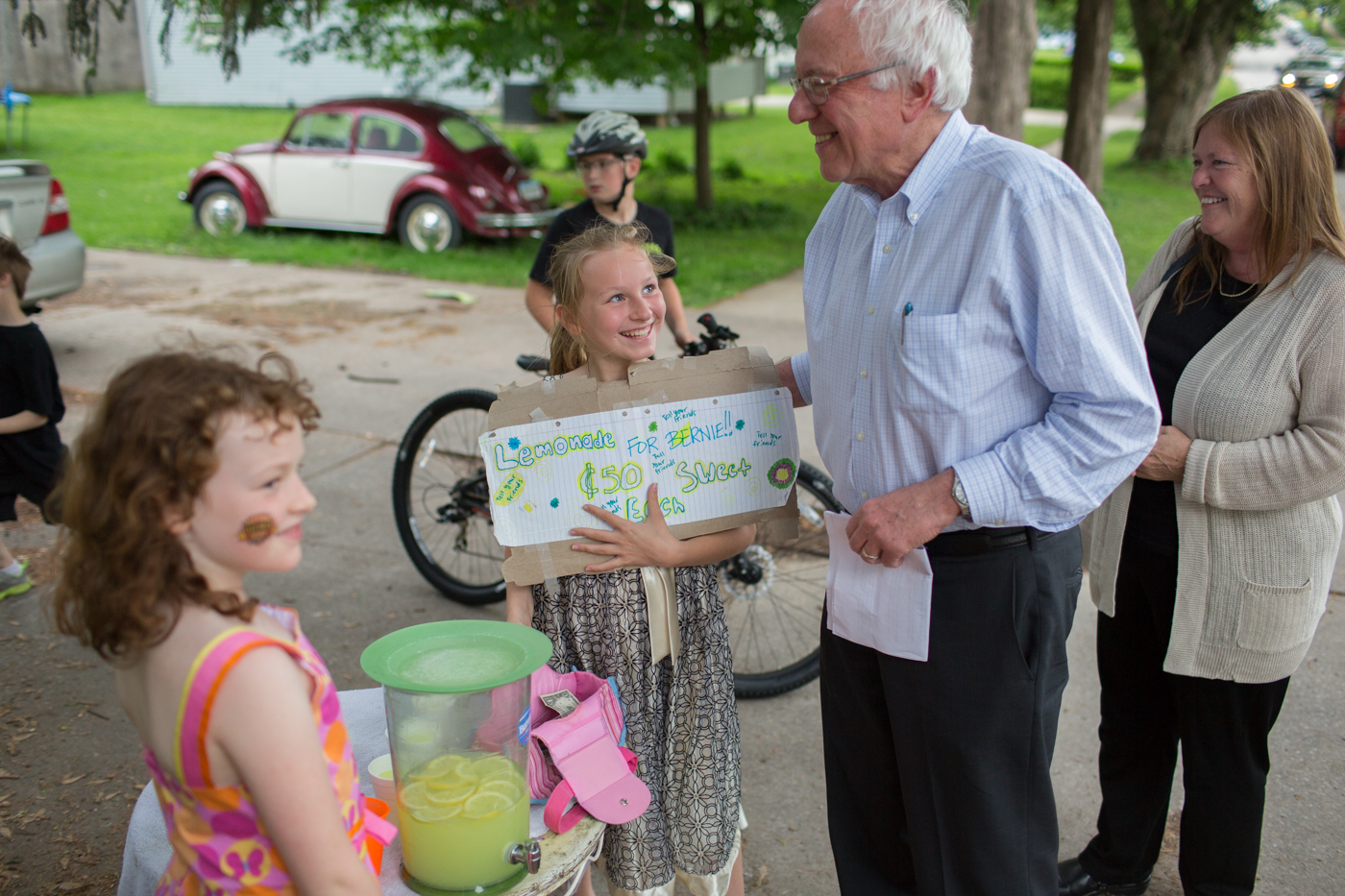