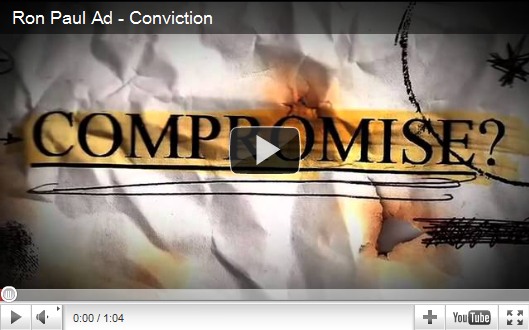 LAKE JACKSON, Texas — Today, 2012 Republican presidential candidate Ron Paul gave a preview of his first television ad of the campaign. In the ad, Paul is highlighted as the national leader of the strong opposition movement against raising the country's debt ceiling.

"Ron Paul is the only national leader with the experience, record and credibility to stand up to the debt limit scheme, cut the spending now and save our dollar," said Jesse Benton, Ron Paul 2012 Presidential Campaign Chairman. "His extraordinary record of consistency in Congress, having never voted in favor of a debt limit increase, makes him the most qualified leader of such a fight. As President, he will lead a nation ready to change the status quo in Washington."

Over the past week, Congressman Paul launched a major effort to mobilize grassroots opposition to a deal on the debt ceiling that was rumored to be in the works between the Obama administration and House Republican leaders. Paul also came out strongly this week against a debt ceiling deal proposed by Senate Republican Leader Mitch McConnell. His efforts have resulted in millions of emails and a flood of petitions hitting Capitol Hill urging lawmakers to oppose a debt limit increase.