HIGHLAND PARK- Sen. Rand Paul today brought his message of liberty to Michigan for a two-day tour through the state.

He began his trip by visiting the community of Highland Park. After touring the city, Sen. Paul joined Mayor DeAndre Windom for an 'Unleash the American Dream' event on location at the Midland Development 91 project. Other local elected officials, business leaders and religious leaders also joined Sen. Paul in this discussion as they seek to end the cycle of poverty that has plagued our nation's inner cities. "As the leader of this city, I am always exploring opportunities to communicate with local, national and global audiences about the challenges we face relating to economic development. This type of transparency opens the doors to new ideas and conversations, which then lead to processes to create change-not just in our city, but cities across the nation like ours. We welcome Senator Rand Paul and the delegation as we continue our pursuit to the Rebirth of Highland Park," said Mayor Windom.

"I agree with Mayor Windom's belief that transparency opens doors and encourages conversations which then lead to solutions - and not just in Highland Park, but cities across the nation. I came to Highland Park to see how Washington's policies are impacting our nation's urban cities. It's time to empower our communities. It's time to make Washington work for our communities," Sen. Paul said.

"It's time for new models to help more Americans live the American Dream- models like my 'Fair and Flat Tax' plan, and Economic Freedom Zones. New models that let working Americans keep more of their hard-earned money. It's time for the men and women of Highland Park to make decisions for their communities, not the folks in Washington who have never stepped foot in Highland Park. I believe a true leader should not be concerned with gaining power for themselves, but rather giving power back to the people, and as President, that is exactly what I will do." 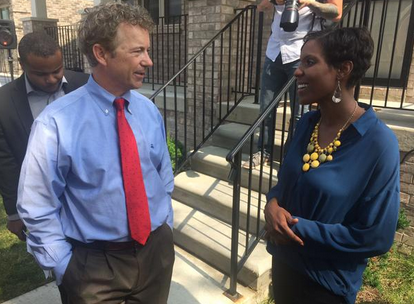 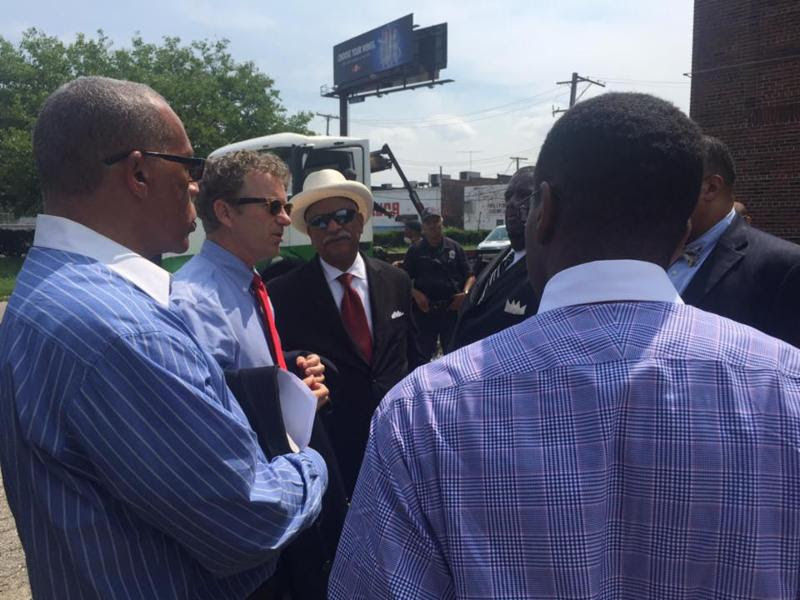