Today's unemployment claim numbers are further proof that the President's economic plan is working. UI claims dropped this week to a new pandemic low – the lowest level in 16 months – and the four-week average continued to trend downwards. When President Biden took office, over 800,000 new unemployment claims we're being filed every week on average – and now that number has been more than cut in half. And over the last month, we've seen the number of continuing UI claims drop by a million.

This is just the latest sign that the President's plans are rebuilding the economy: 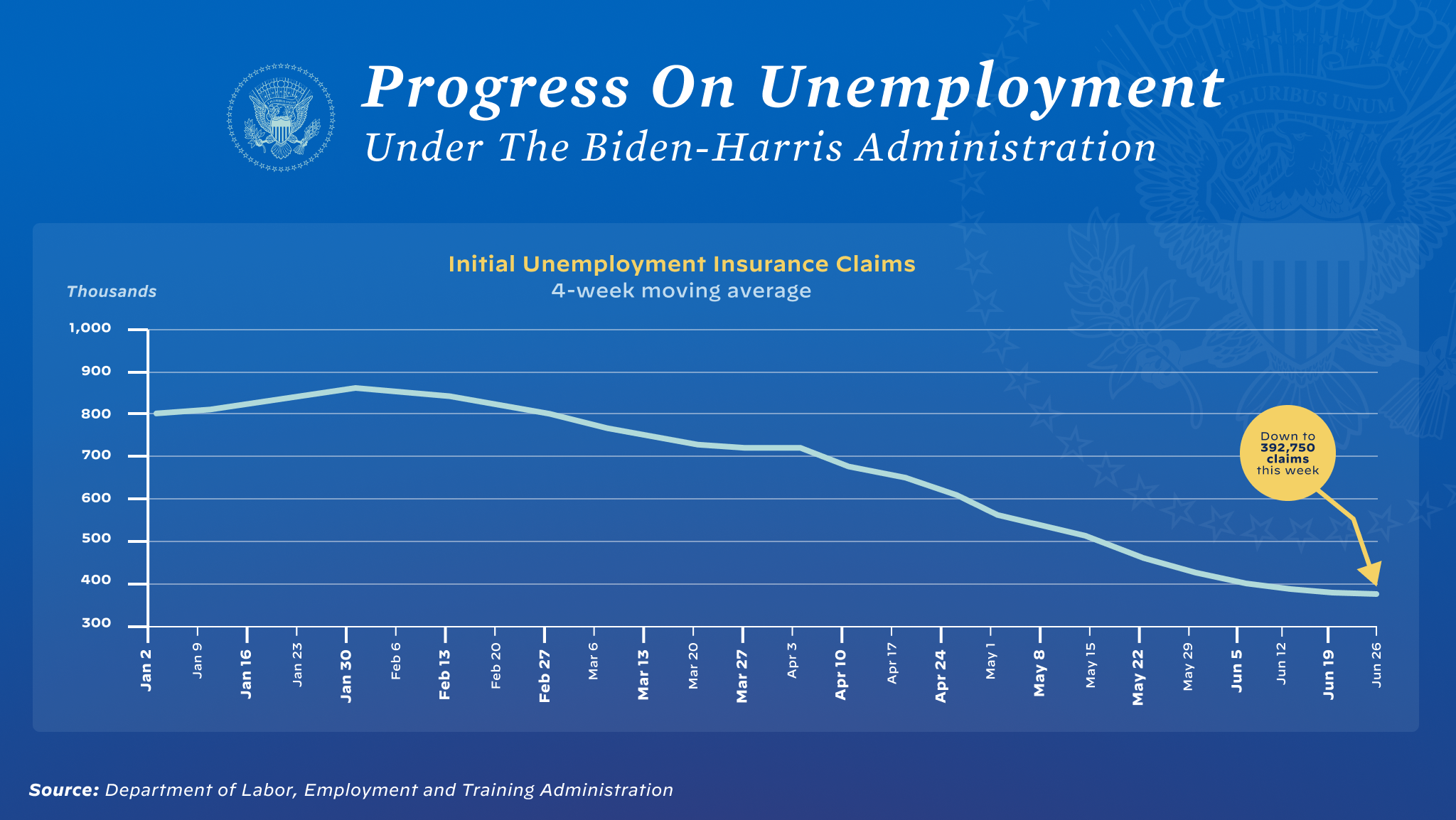