Today, President Biden is announcing that his Administration is sourcing two flights, facilitated by the U.S. Department of Health and Human Services (HHS), for Operation Fly Formula to transport Bellamy’s Organic baby formula from Australia to Dallas, TX via flights on September 7 and 16. These deliveries will include in total approximately 330,000 pounds of Bellamy’s Organic Infant Formula, the equivalent of approximately 4.9 million 8-ounce bottles. The product will be distributed through retailers.

In May, the Food and Drug Administration (FDA) announced that the agency is exercising enforcement discretion so that Bellamy’s Organic can export 1.4 million pounds of infant formula into the U.S., which is equivalent to 21 million 8-ounce bottles. 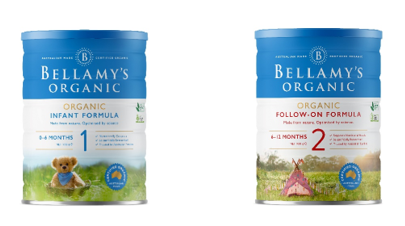