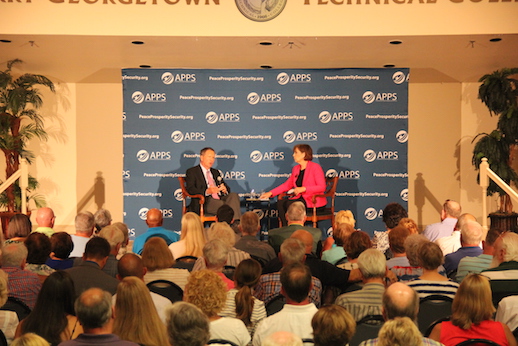 ICYMI: Politico: John Kasich positions himself as a frugal hawk

Kasich, in an op-ed for CNN, mentioned being on the House Armed Services Committee for 18 years, but also sought to re-frame his reputation as a budget hardliner as another form of national security experience.

Reagan, he said, saw the "link between a strong economy and strong national security" — and today that means "taking on America's $18 trillion debt and $463 billion deficit — the two greatest barriers to the economic growth."

"The next president must know how to balance budgets and keep them balanced, because it is the first thing we must do to keep America safe," he wrote....

Kasich throughout his career has straddled being tough on defense with being tough on spending. About two decades ago, for instance, he resisted a push to increase funding to purchase more B-2 bombers constructed by Northrop Grumman. Kasich, at the time, argued that there were "enormous savings" to be had by overhauling the Department of Defense.

On Sunday Kasich, who in November 2002 voiced clear support for going to war with Iraq, said that with the information available today he would not "have committed ourselves to Iraq." In February of this year, as Kasich was gearing up to jump into the presidential race, he also suggested that fighting the Islamic State likely meant a coalition of countries working together and "ultimately some boots on the ground to stop the advancement of that group."

At Monday night's forum, Kasich positioned himself as a thrifty national security hawk.

"We have about 10 carriers now, my goal would be to get closer to 15. And you've got to have the ability to project power when you get there," Kasich said, before immediately circling back to the budget.

"I don't know as much about budgets as some people," he said somewhat sarcastically. "I've only written 16 of them. And so it's all about priorities. It's all about making sure you get the most you can out of the government that you have."