This morning NBC/Marist released a new poll that shows Governor Jindal has moved up to 6% in Iowa, tied with Ted Cruz and Marco Rubio for 5th place.

The new poll puts him ahead of Mike Huckabee (5%) and Rick Santorum (1%), among other conservative candidates. It also put Gov. Jindal 1 point behind Bush and 2 points behind Fiorina, well within the margin of error.

Jindal's numbers are up from 4% in September and show an upward trajectory in Iowa NBC/Marist polls going back to February: 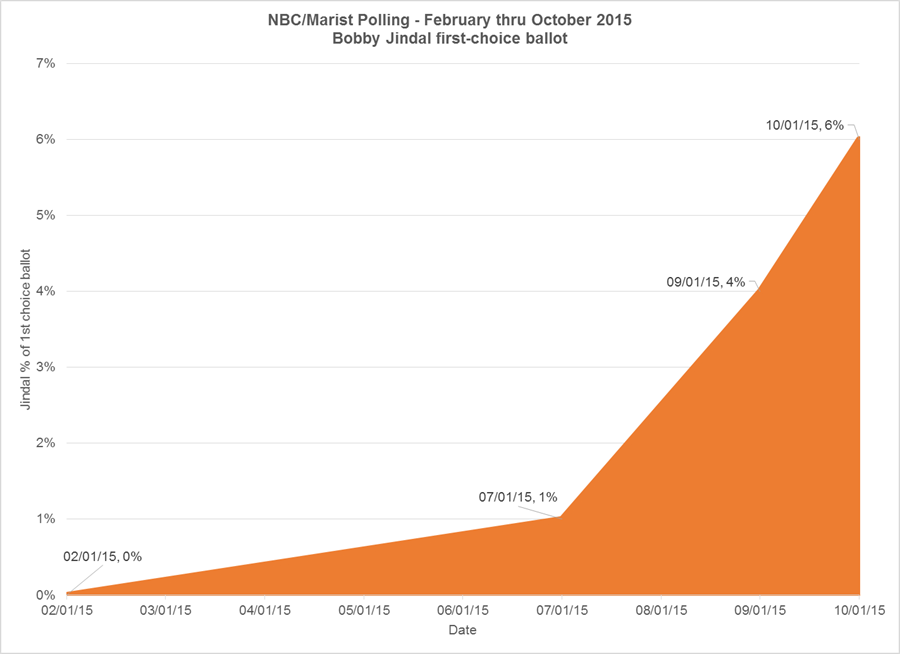