What a day! We left Burlington on Wednesday morning after an extraordinary kickoff on Tuesday evening, which was attended by more than 5,500 Vermonters. Our first day on the trail in New Hampshire was beyond belief. There were overflow crowds at each of three stops, and the enthusiasm among supporters was palpable.

Bernie spoke at a town meeting at New England College in Concord, the state capital, which was attended by over 200 people. So many showed up that Bernie later spoke to an overflow crowd of about 100 at a nearby park. At the college, three students spoke about the impact of student debt. They thanked Bernie for his work on legislation to provide free tuition to public colleges and universities and to substantially lower interest rates for student loans.

We then drove to Epping, New Hampshire, for what was to be a small house party. It turned out that there was an overflow crowd of about 150 people in a tent in the backyard of the home of Katy Williams and Brant Hardy. The discussion was centered on campaign finance reform and the need to get big money out of politics.

Also during the afternoon Bernie met with the Concord Monitor editorial board and was interviewed by radio host Chris Ryan.

We finished the day in Portsmouth, New Hampshire. The energy was unbelievable. As hundreds streamed in, more than 700 people filled every seat in the pews and more than 100 stood in the doors along the side. It was an incredible turnout by an enthusiastic audience. All in all, this was an evening we will not soon forget. "We are on the road to victory in New Hampshire," Bernie told the crowd at South Church.

Now on to Iowa.

Enthusiastic supporters packed out a small New England College meeting room in Concord. About 250 came out to see the senator in a crowd that overflowed outside of the room. Bernie took some time after the town meeting to address the overflow crowd from a megaphone. 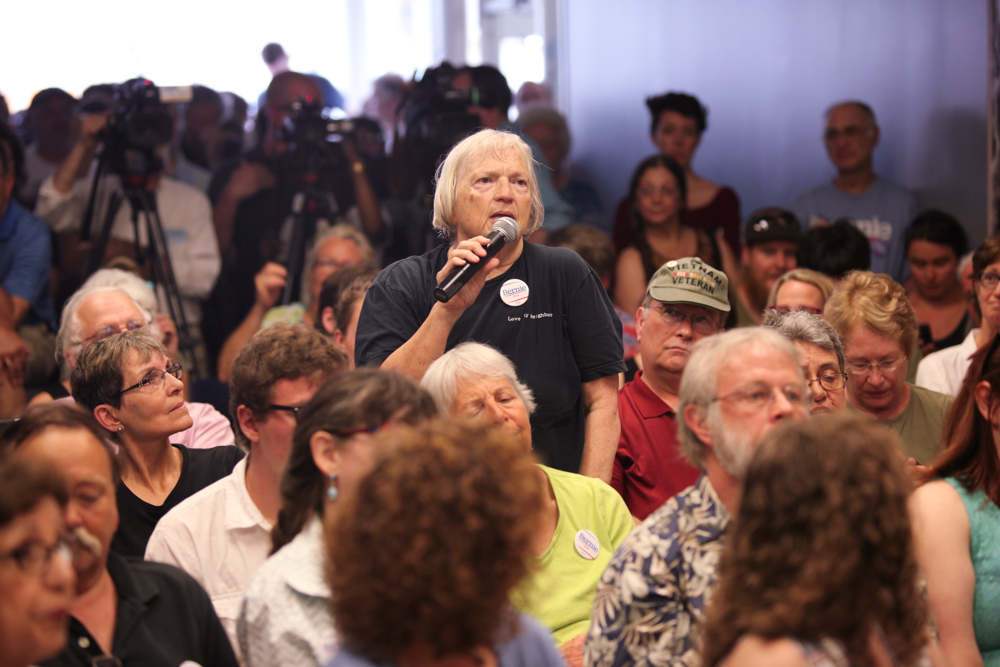 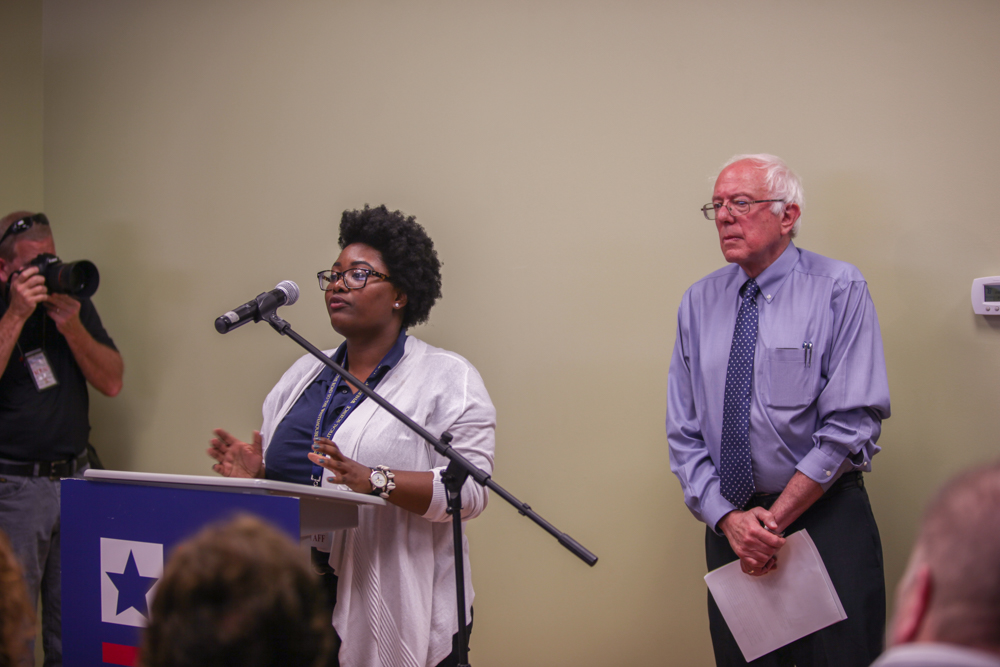 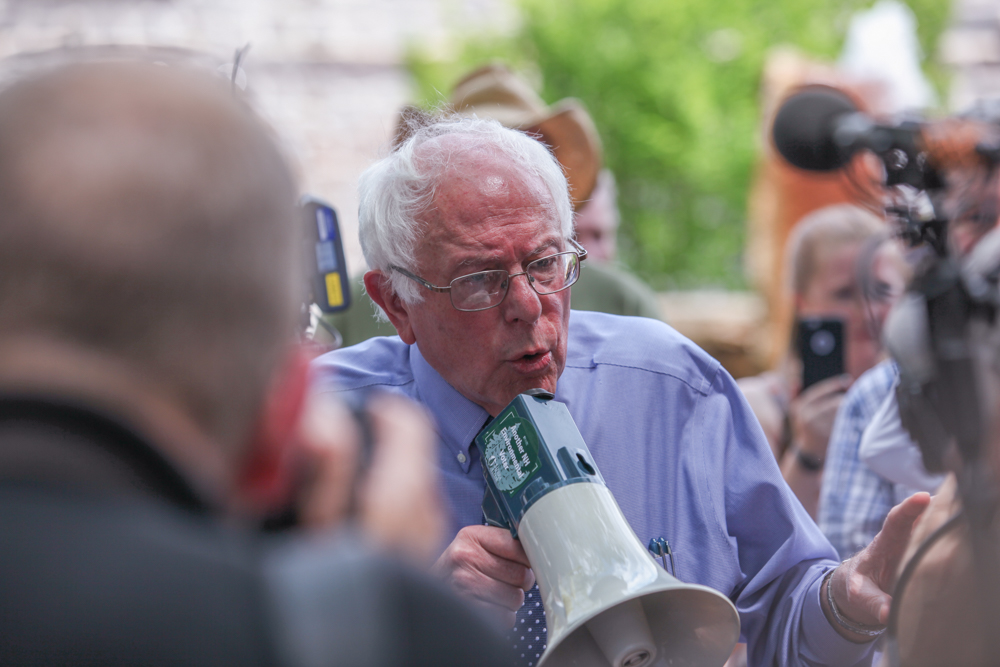 Kathryn Williams and Brant Hardy hosted a wonderful meeting at their picturesque home in Epping. Close to 200 supporters showed up to talk about the important issues facing our nation. 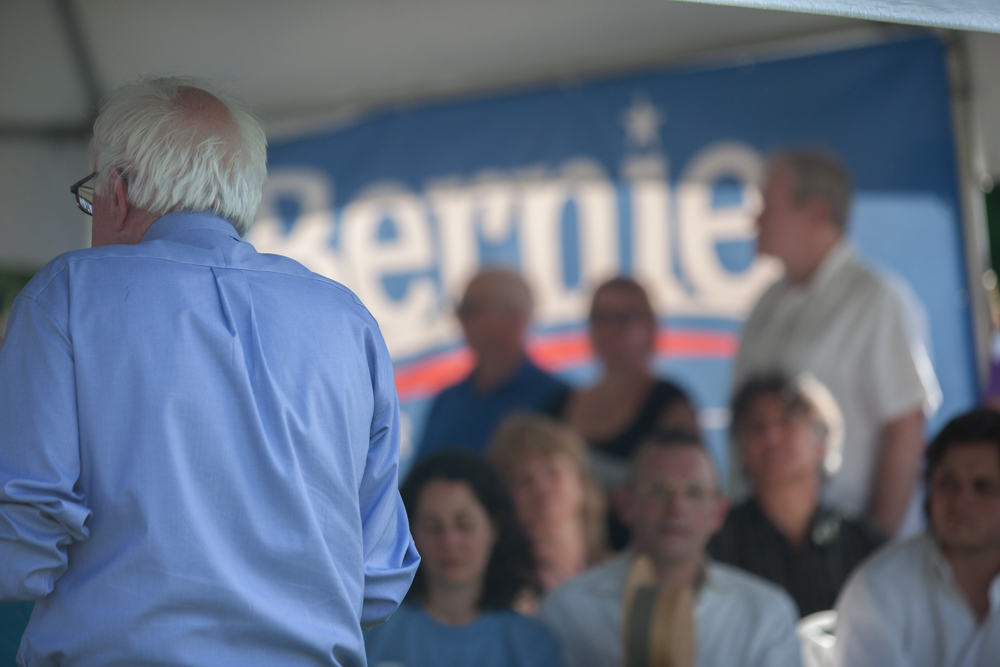 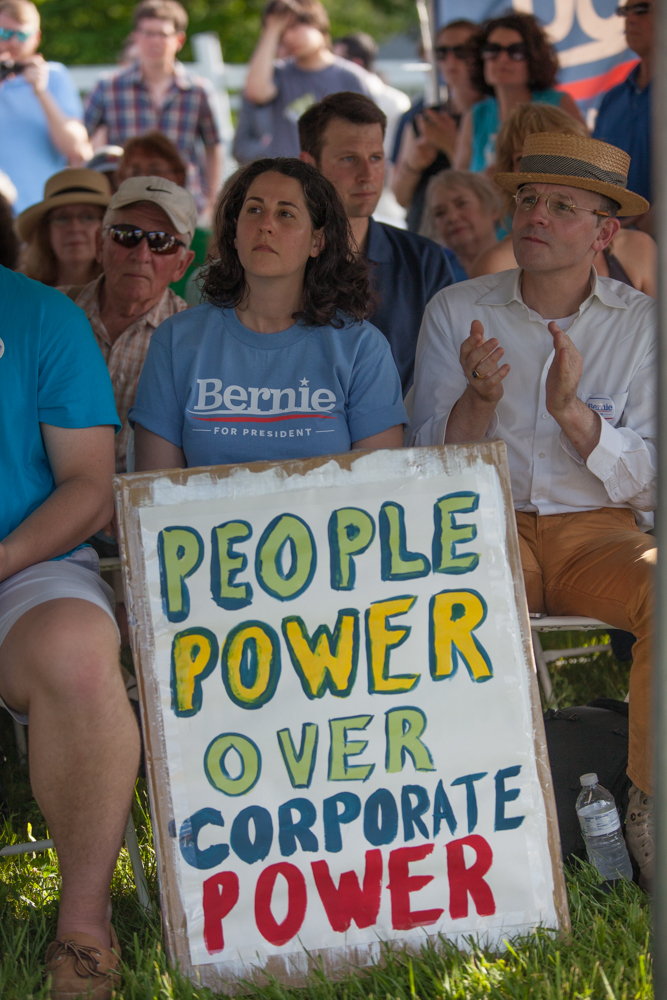 More than 750 funneled into a packed South Church in Portsmouth where Bernie delivered a stirring speech that had the audience on their feet several times. The senator answered a lot of questions from the energetic crowd. 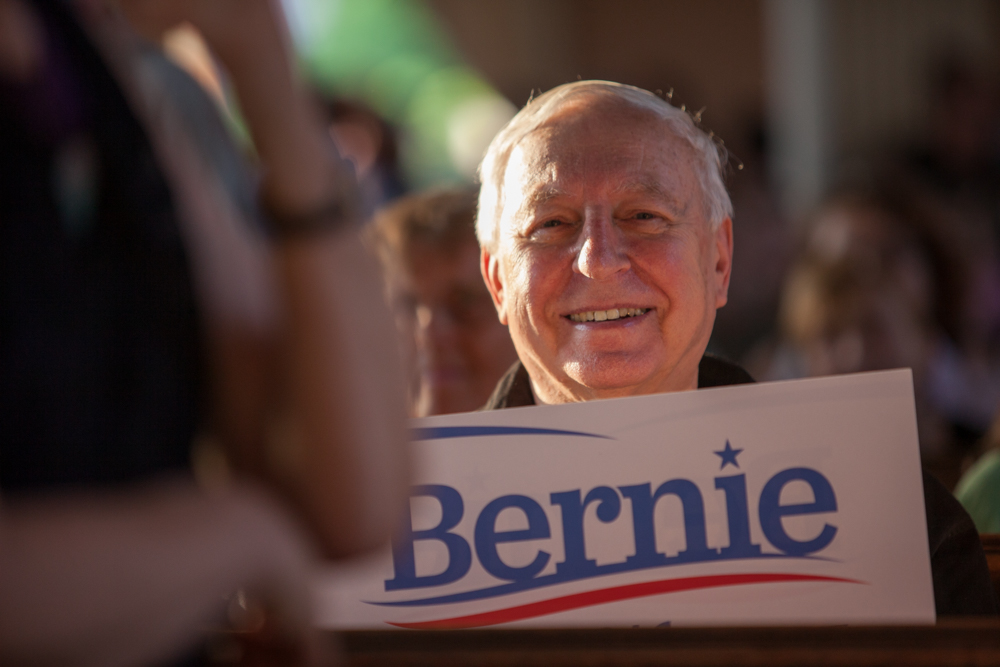 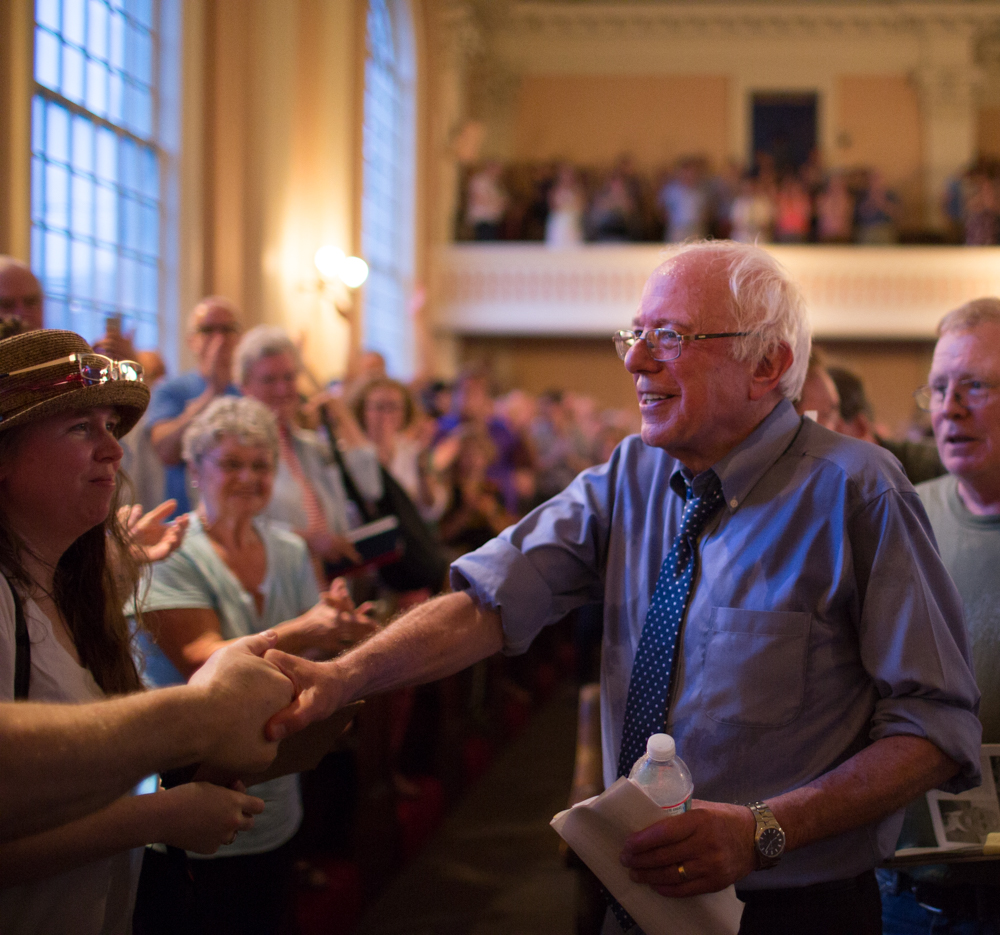 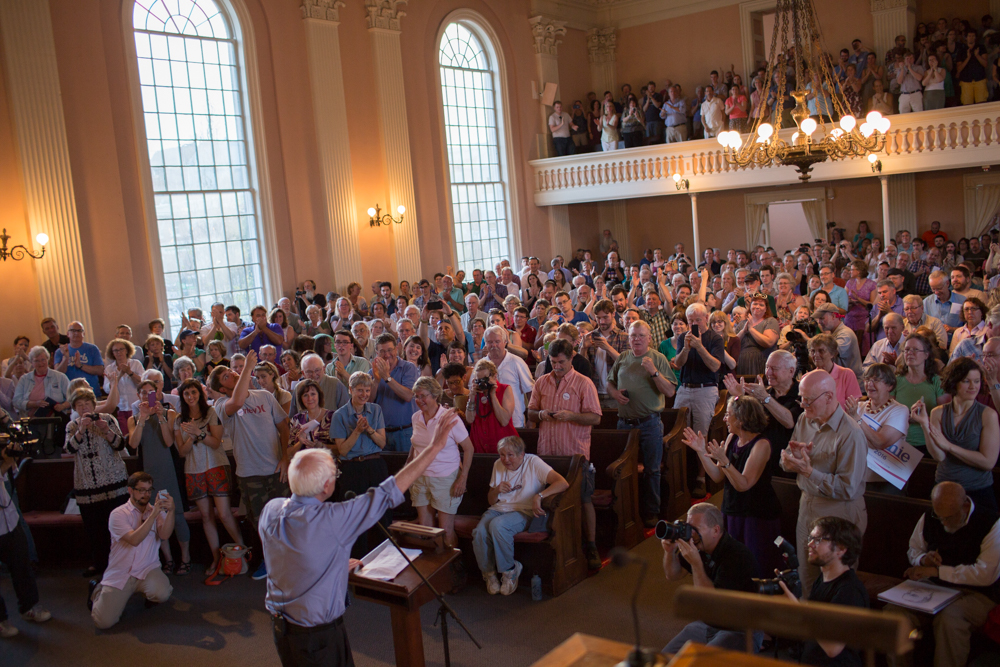 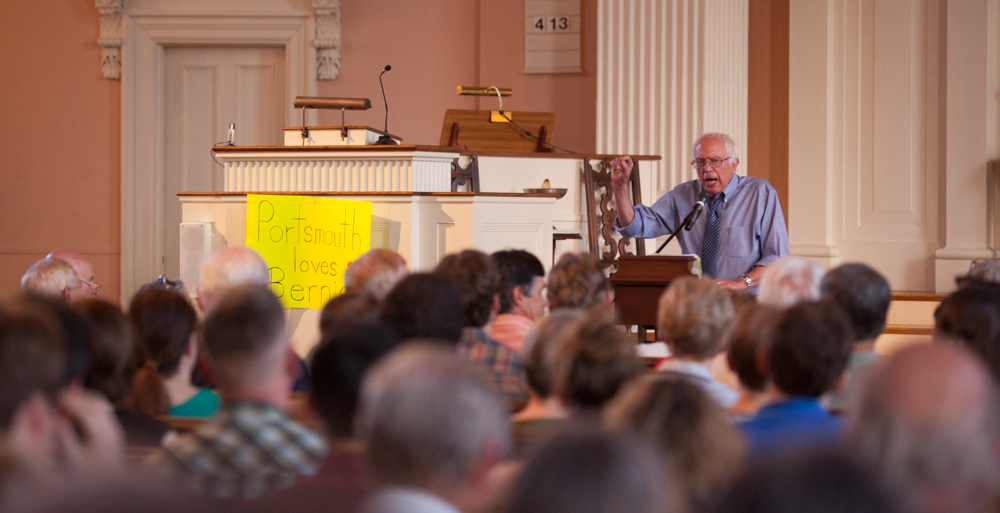