Press Release - My Career: Through 33 Years of Tax Returns

33 years of tax returns. More than any presidential candidate in history.

I'm releasing 33 years of tax returns — more than any presidential candidate in history. You might remember a few months back, in the spirit of transparency, I posted 280,000 emails from my time as governor on JebEmails.com. Some of them were funny, some serious, some a little embarrassing. But I put them all out because I wanted people to have a window into my leadership style and be able to see for themselves how I handled the issues facing our state.

Today's release comes in the same spirit because most of my adult life has been spent in the private sector — not in government. This release will show voters how I earned a living over the past three decades and how much of that living I had to give back to Uncle Sam. (Spoiler Alert: A LOT).

There are far too many documents here for anyone except the nerdiest accountant to enjoy reading. That's largely because we have a broken tax system that's one of the most convoluted and anti-growth in the world. I just came back from Estonia where it takes residents less than five minutes to file their taxes. The tax release process sure would've been a lot easier if we were following the Estonia model. But more importantly, our economy would be much more competitive too.

So for the vast majority of you who won't be going through all 1,150 pages of tax returns — I want to take this opportunity to tell you about my career in business. 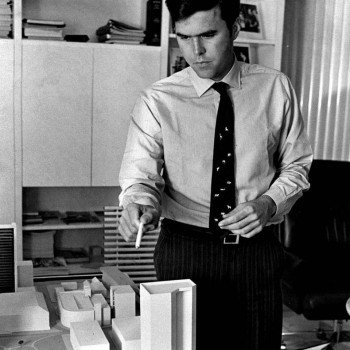 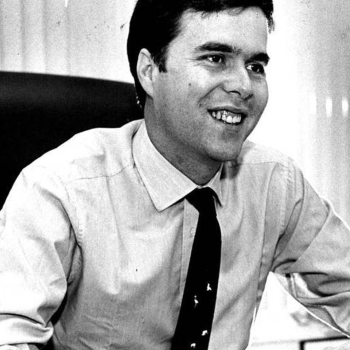 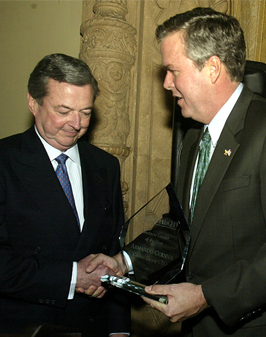 In January 1981, after working on the Reagan-Bush presidential campaign, my wife Columba and I moved to Miami. There, I teamed up with Armando Codina, a great entrepreneur, and I made $42,000 my first year. Armando and I became partners in a real estate business that started from scratch with only one other employee. We grew that company from three people to the largest full-service commercial real estate firm in South Florida creating over 250 jobs along the way. Over those years my income fluctuated based on our successes, failures, and the bumpy Miami real estate market. That's the way the American economy works — not from central planners in Washington, D.C. — but people working hard, taking risks, and earning their way to success. Over the course of the decade as the business grew, we were better able to sustain market downturns, so my take home pay did as well. During that time we were raising three kids, George, Noelle, and Jeb Jr., so we were happy for the additional income!

I left Codina/Bush in 1997 before I became Governor of the state of Florida. As Governor, I made the allotted salary for the state's chief executive and also had additional income that came from investments in stocks and mutual funds that my financial advisor had made during those years. When I entered the Governor's office, I declined to take the state pension — $28,730 per year that I would've started to receive this year — because I wanted to put my money where my mouth was on fixing the state budget and restoring fiscal responsibility. 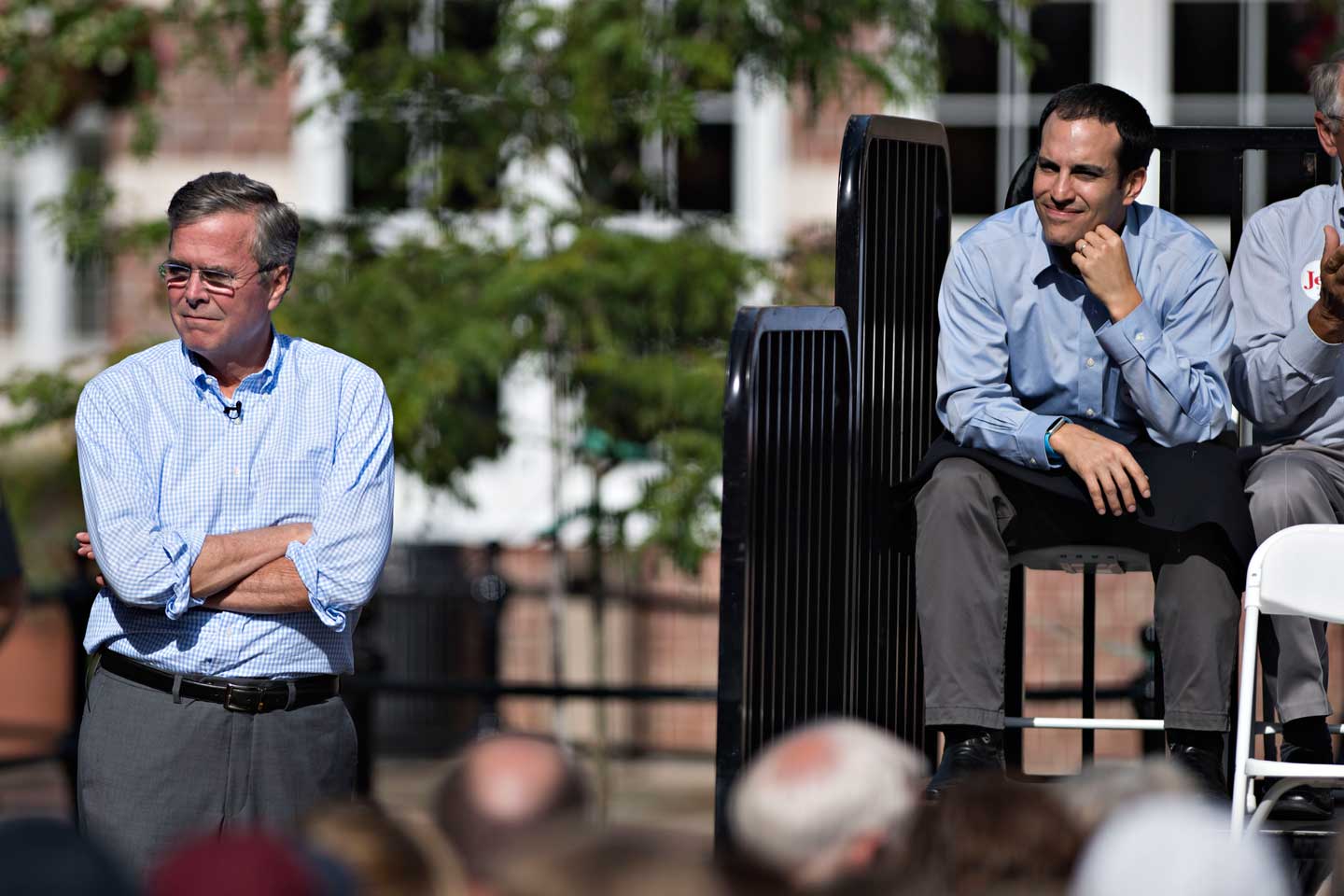 Since leaving the governor's office, I started a new company Jeb Bush and Associates and soon after was joined by my son, Jeb Jr. In addition to JBA we joined with 3 other partners in establishing Britton Hill, which focused on a few growth capital investments separate from our consulting business. If you ever have the opportunity to work side-by-side with one of your children, I recommend it. It was a phenomenal experience.

Together, Jeb Jr. and I consulted for and invested in companies in sectors where we had experience or where we could add value. In health care, I got involved with Cormatrix, which is a small bio-tech company focusing on regenerative tissue technology. In the energy sector, I sat on the board of a start-up company called Geo Fossil Fuels, which develops microbes that extract fossil fuels from environments that the industry has traditionally considered impenetrable. These types of business relationships gave me a perspective on how companies in diverse industries are addressing the far-too-slow economic recovery and debilitating regulations through innovation and American ingenuity.

"If you ever have the opportunity to work side-by-side with one of your children, I recommend it. It was a phenomenal experience."

I also was hired as a senior advisor to Barclays where I advised their clients on a wide range of global economic issues with a mind towards navigating government policies. One thing I learned from that experience — the United States can be much more competitive and create new and better paying jobs if only we learned the lessons of why companies choose to invest other places. It doesn't have to be so.

During this time, I worked constantly and traveled the globe for my clients. I went on 89 trips to 29 different countries. And it paid off. Over these 33 years my income increased thanks to hard work and experience. My most recent tax return reflects that success with an annual income of $7.4 million. But one thing I didn't do was get paid to lobby or cut deals with the state government I just left. That was a line I drew and it was the right one. And it's a line more people should be drawing in Washington, D.C. where lobbying has become our nation's premier growth industry. And this culture of special interest access is a problem I plan to tackle as President.

Since I left the governor's office I have tried to give back — and even though all of us strive to do more — I'm proud of what Columba and I have contributed. From 2007-2014 we donated $739,000 to charity. In addition, we have continued to help the causes that we believe in. Through the Celebration of Reading annual event, $17 million has been raised for family literacy. Our annual Cystic Fibrosis events have raised $7.4 million to find a cure for the disease. Finally, through Columba's efforts we have been honored to help raise more than $1 million for the Florida Coalition Against Domestic Violence. Mrs. Bush has also been a longtime supporter of the Ballet Folclórico de México, including working to establish its Children's Cultural Education Fund. Through all of these efforts I've been inspired by so many people who have dedicated their lives to these causes.

In addition, I established a national non-profit, the Foundation for Excellence in Education, to advocate for school choice and other education reforms to raise student achievement in states across America. Over the last eight years, we raised $46 million to advance proven reform policies at the state level to give more children the opportunity to rise up and achieve success in school and life. There is no issue more critical to our long-term success as a nation than transforming America's education system, and I'm proud of the work my Foundation has done to advance meaningful reforms to put us on the right path. I stepped down as chairman of the Foundation for Excellence in Education at the end of last year, but under the leadership of Secretary of State Condoleezza Rice, the organization remains a national leader of the education reform movement.

Last December, as I began to contemplate the possibility of moving forward with a run for the Presidency, I stepped down from my business and philanthropic responsibilities so I could focus on the journey ahead.

Taken altogether, it's been a rewarding and full life. I've been graced with good fortune, by having the most wonderful parents in the world, the best business partners a man could ask for, and opportunities that are out of reach for too many Americans.

But part of the reason they are out of reach is that we have a tax code that stifles growth and opportunity. In my case, I paid the government more than one in three dollars that I earned in my career. Astounding. The total effective rate was 36 percent. I think I speak for everyone, no matter your tax rate: we need to get more money back in your pocket and less in the federal kitty.

"I say we need to get more money back in your pocket and less in the federal kitty."

And one thing is for certain — there is no reason in the world that it should be this hard for someone to calculate how much they owe the government or this complicated for you to look through my tax returns. One fun fact I learned in this process: I have paid a higher tax rate than the Clintons even though I earned less income.

It's time for a flatter, fairer tax code. The labyrinth of rules and special interest carve outs need to go. One thing you can count on if I'm president is that it will finally be addressed. It's critical if we are going to ensure more people have a chance at earned success.

Here's my mission. I'm running for President on a platform of four percent annual growth and 19 million new jobs. We don't have to be stuck in this stagnant Obama/Clinton economy. Everyone has the God-given ability to rise up and achieve their dreams. We just need a government that ensures there's an environment to do it. I hope to have the opportunity to make that happen.

So here are the returns. If you have any questions you can always email me — [email protected]

A Letter from Abraham Shashy

At their request, I have reviewed the federal income tax returns of Governor and Mrs. Jeb Bush for the years 1981 through 2013. All of the returns appear to me to have been prepared conservatively and timely. They also appear to reflect the natural tax consequences of the taxpayers' business and investment activities, which became more substantial over time.

Overall, across the 33 years of tax returns, Governor and Mrs. Bush's effective U.S. federal income tax rate was approximately 36%. There is no indication of aggressive or improper tax planning. Based on the returns, in my professional view, Governor and Mrs. Bush have been fully taxed on their income consistent with U.S. tax principles and have fulfilled their obligations as United States taxpayers.