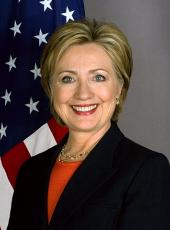 The Clinton Campaign today announced the endorsement of Missouri Congressman Emanuel Cleaver II, and named him Co-Chair of Hillary's Missouri campaign and a Co-Chair of her national Faith Steering Committee.

"Americans are ready for change, and Hillary Clinton has the strength and experience to deliver," Congressman Cleaver said. "Hillary can restore America's role as a moral leader at home and abroad."

Cleaver is in his second term in Congress and serves on the exclusive Financial Services Committee and on the Speaker's Select Committee on Energy Independence and Global Warming. Cleaver is also an ordained Methodist Minister and still serves as Senior Pastor at St. James United Methodist Church in Kansas City.

Prior to his election to Congress, Cleaver served two terms as Mayor of Kansas City, focusing on economic development and job creation. In recognition of his work, Cleaver's peers chose him as President of the National Conference of Black Mayors for two terms.

Cleaver was first elected to public office in 1979 as a City Councilman in Kansas City. During his 12 year tenure, he served as Mayor Pro Tem and was an active Chairman of the Planning and Zoning Committee.

"Emanuel has dedicated his life to lifting others up and expanding opportunity for his constituents," Clinton said. "I am delighted he will help lead our efforts in Missouri and across the country."