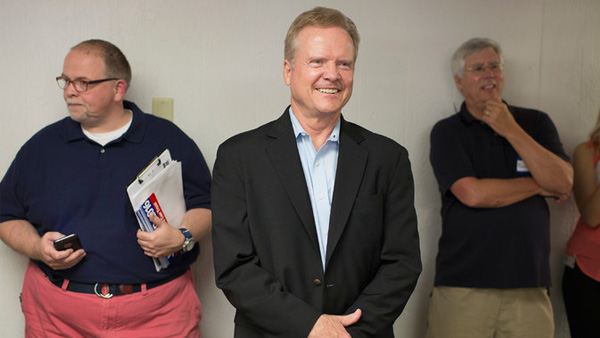 Jim Webb, a former Virginia senator and Reagan-era secretary of the Navy, announced his candidacy for the Democratic presidential nomination on Thursday, bringing his antiwar credentials to the field in what many consider a long-shot campaign for the presidency.

Mr. Webb's announcement caught some political observers by surprise. He was the first from either party to form a presidential exploratory committee but has been barely visible since.

"I understand the odds, particularly in today's political climate, where fair debate is so often drowned out by huge sums of money," Mr. Webb, 69, wrote in an announcement that was posted on his website.