Press Release - Getting Out Of The Zombie Economy

Barack Obama's policies have given us a zombie economy where no matter what else happens, most Americans are falling behind. Last week we got news that the share of Americans at work or looking for work is at a 38-year low. More than 6 million people are working part-time jobs when they'd prefer full-time. Roughly 5.5 million more Americans are living in poverty than when Obama came to office. More Americans believe that the economy is getting worse than those who think it's getting better — and that's been true for several months running.

Now comes Hillary Clinton, and her economic agenda could be summarized easily: Whatever Obama is doing, let's double down on it.

Take ObamaCare. It's one of the biggest speedbumps in our economy. The mandates and taxes in the law are keeping many businesses from hiring new workers. The law is holding down worker hours and reducing the payoff from working.

And now we are hearing that health insurance rates for some Americans could rise by more than 50 percent. This weekend Hillary Clinton reiterated that when it comes to ObamaCare, there's no reason to change course. I disagree, and there are millions of people who provide living proof that Hillary Clinton's agenda won't work — because they're not working at full-time jobs.

As the next president of the United States, I will work to repeal and replace this job-killing law with reforms that will encourage the private sector to lower costs and to innovate. American households purchasing coverage on their own or people who want to start their own businesses should receive tax relief for more portable, quality coverage. Competition, transparency and individual control will help drive down costs and improve the quality of care. Two weeks ago I wrote about what this free market health care system would look like.

"As the next president of the United States, I will work to repeal and replace this job-killing law with reforms that will encourage the private sector to lower costs and to innovate."

That's why the next election is so important. We can just stay on cruise control with policies that have given us an anemic economy, a job market that has chased away millions of people and a massive health law that is crushing businesses and families alike.

Or we can take on our biggest problems and introduce pro-growth policies that support workers trying to find a job, businesses trying to grow, entrepreneurs trying to get an idea off the ground and free markets that are trying to meet demand. I know my ideas can work because I've done it. Check out my record when I was governor of Florida, and you'll see: I do more than promise things. I deliver.

Thanks to pro-growth policies Florida's economy took off and we ended up leading the nation in small business creation. 81,000 new small businesses created a state economy that produced 1.3 million new jobs, the most in the nation from 2000-2007. Florida averaged 4.4 percent growth during my governorship. Our unemployment rate fell to 3.5 percent and middle class incomes increased by $1,300. 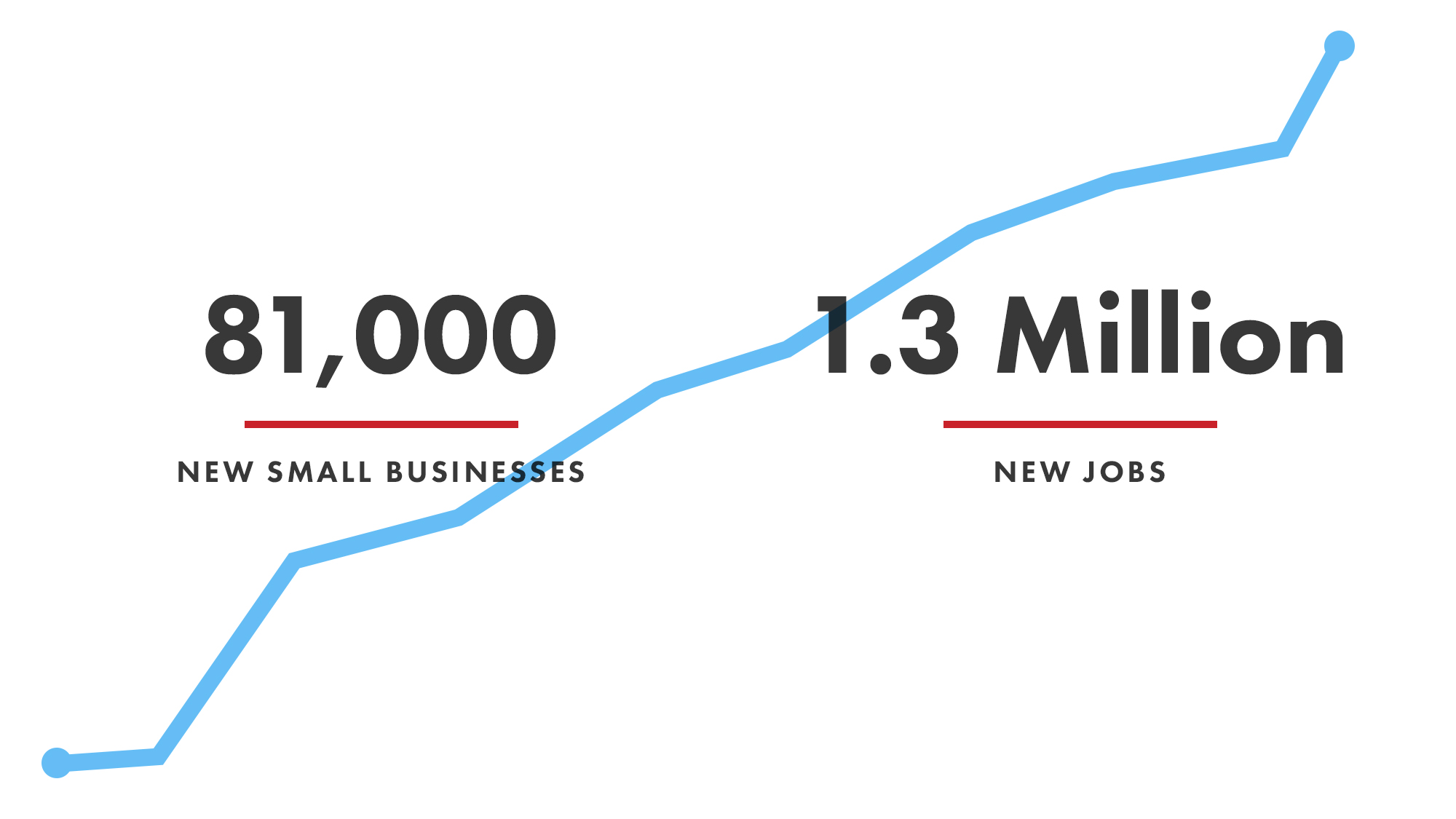 I refuse to accept that our economy has to sputter along at a tepid pace of 2-percent growth. The defeatist left may think this is the new normal. I believe this nation has the potential to grow much faster, provide far more opportunities, and see household incomes rise. And I know that with your support, I can help America become a nation where everyone can prosper, everyone can participate and everyone has the right to rise.

Jeb Bush, Press Release - Getting Out Of The Zombie Economy Online by Gerhard Peters and John T. Woolley, The American Presidency Project https://www.presidency.ucsb.edu/node/312908