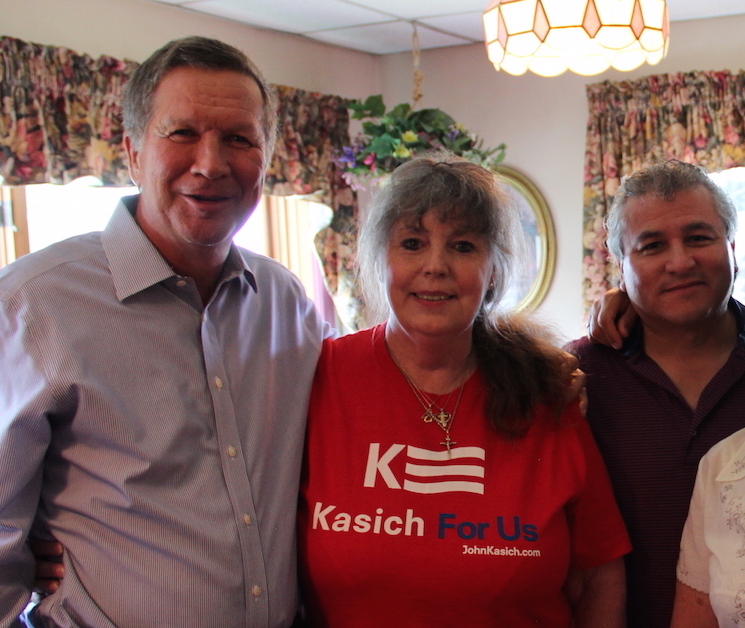 Said Karen, once a resident of Ohio, "I have followed John Kasich since his first campaign and truly believe he is the only candidate with the credentials and experience to turn this country around and get it back on the right path. No other candidate can come close to what John offers the voters of New Hampshire and the nation."

Throughout her adult life, Karen Cervantes has been immersed in Republican politics in a number of states, including Connecticut, Georgia, Tennessee, Ohio, Kansas, and New Hampshire, where she has lived since 1985. She currently serves as Area 1 Grafton County Vice-Chair, the Grafton County Secretary, and the new Upper Valley Republicans Vice-Chair, and is the former Chair of the Lebanon Republicans.

"Energized grassroots activists are the adrenaline of any successful campaign, and there are few better than Raul and Karen Cervantes," said Kasich. "Karen was an important part of my very first political campaign for the Ohio Senate, and to have her now rejoin my team more than three decades later is remarkable. The Cervantes have long been trusted, critical components of the New Hampshire political operation, and I'm grateful that they have placed their faith in me as the Republican with the experience and the track record of success to get our nation back on track."