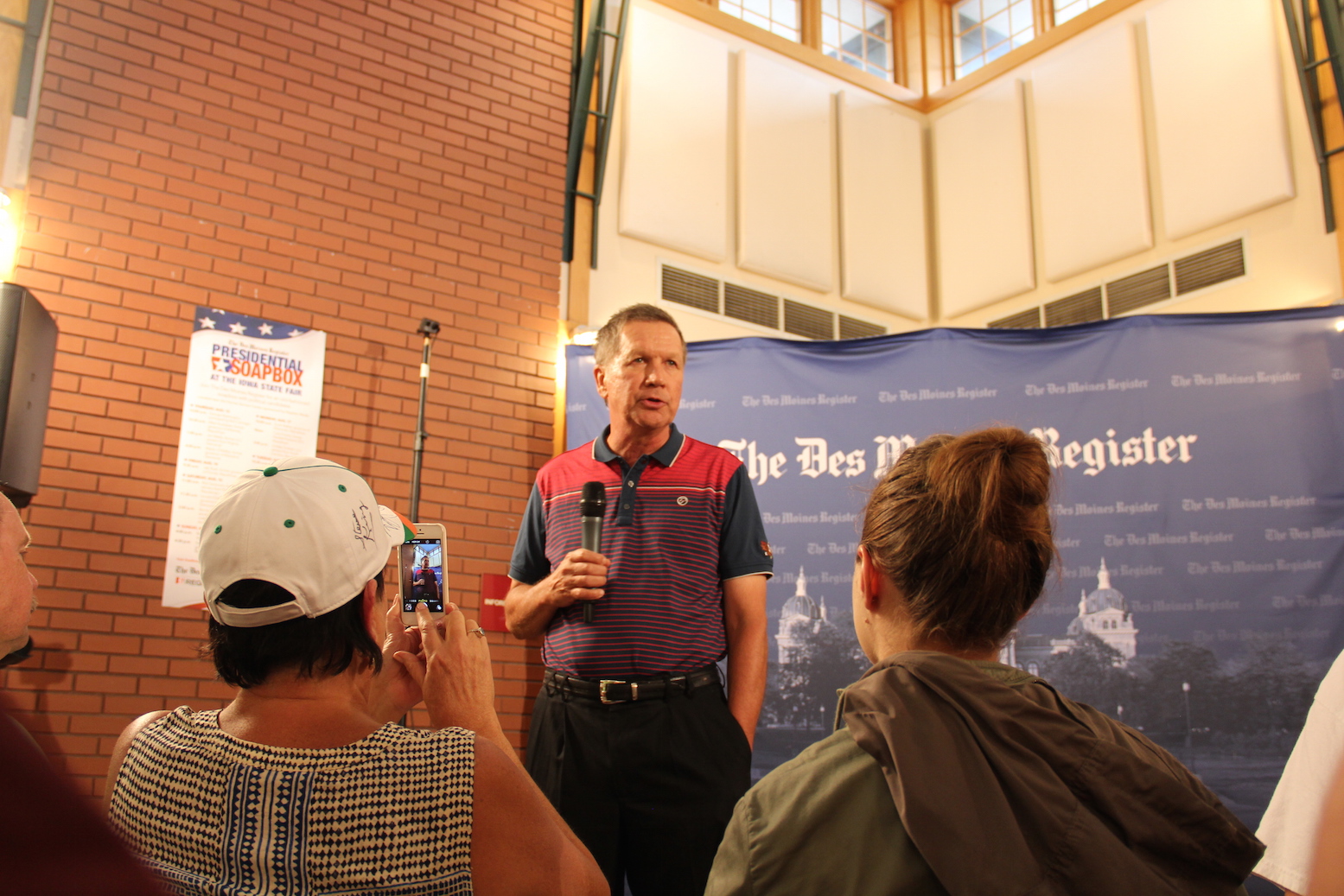 Ohio Gov. John Kasich painted a portrait of himself as an independent leader who would strive to bring Americans together in remarks at the Iowa State Fair Tuesday.

"There is too much anger in America today. Too much division," the Republican presidential candidate told an overflow audience at the Horner Service Center. His speech was moved indoors because of heavy rainstorms that struck the Des Moines area.

The nation needs a strong leader, Kasich said, someone who can set a tone and unite the people. But government can't fix the nation's problems alone, he emphasized, explaining the public must also accept personal responsibility by mentoring young people, asking young people not to do drugs, and other initiatives, he said.

Similarly, one political party shouldn't be relied upon to reform government entitlement programs, address immigration and other controversial policy issues, the governor added.

"Above all, we are all Americans," he emphasized. 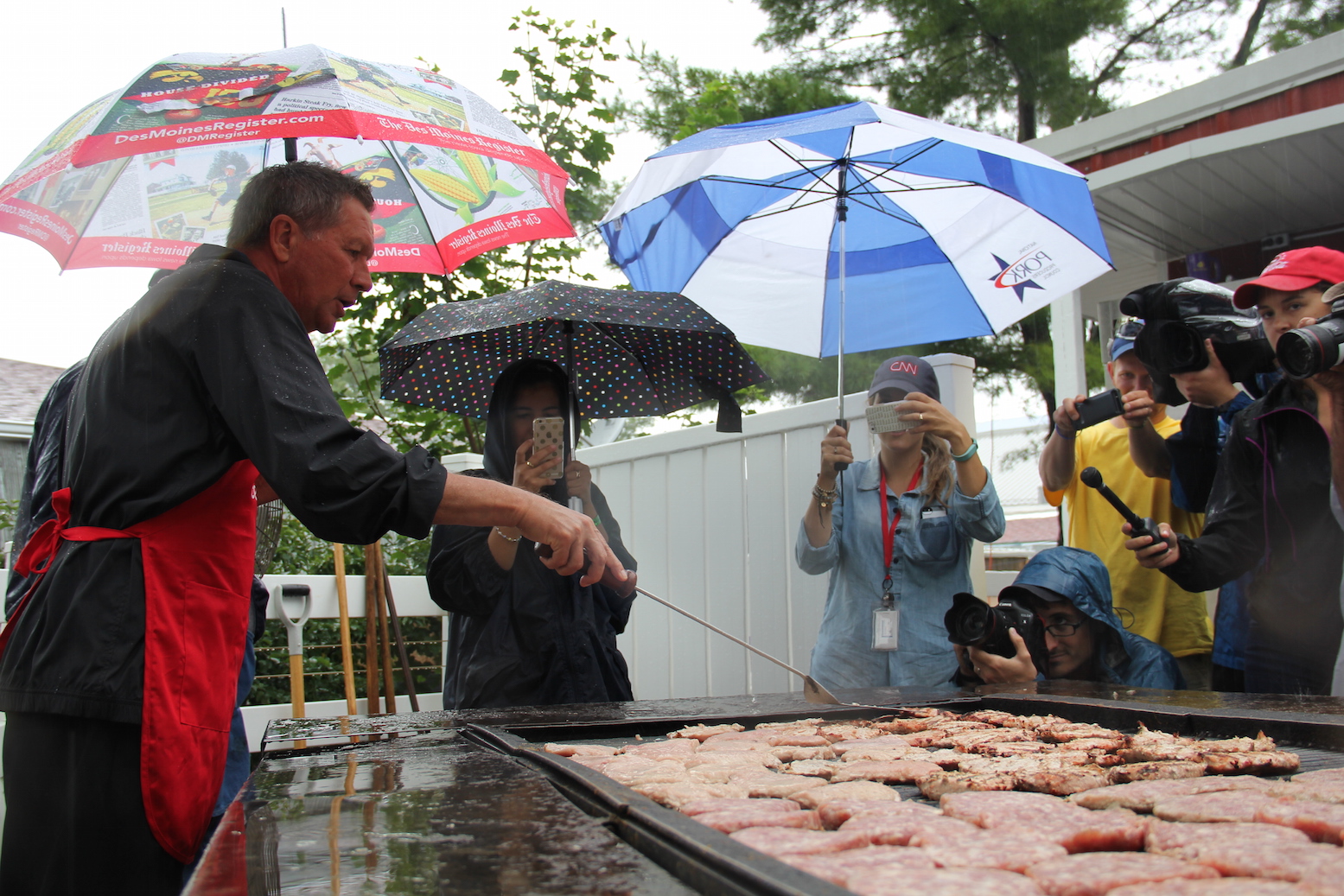