In Philadelphia, Biden falsely claimed he was sporting Eagles gear.

During a campaign stop in Philadelphia this afternoon, Joe Biden tried to tout his ties to Pennsylvania, a state he hasn't called home since 1953.

In a push to win over Keystone State voters, Biden claimed "I know Philadelphia well," pointing to his chest and saying, "I got my Eagles jacket on."

But Biden's jacket had the Delaware Blue Hens logo on it, not the trademark midnight green, silver, and black of the Eagles.

On top of his failed attempt to pander to Pennsylvania's voters, Biden went to the University of Delaware, meaning he forgot what his own college's mascot looked like.

It's no surprise Biden has resorted to making things up, given that his campaign in the state is flailing: 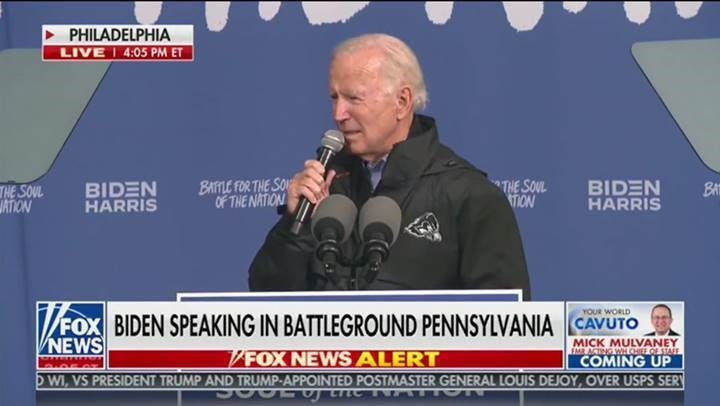