During a campaign stop today, Joe Biden refused to answer a question about the FBI seizing his son Hunter's laptop last year. The laptop contained emails about the Biden family receiving payouts from China and other foreign sources. Emails also revealed that Hunter arranged meetings between a board member of the Ukrainian gas company Burisma and then-Vice President Biden 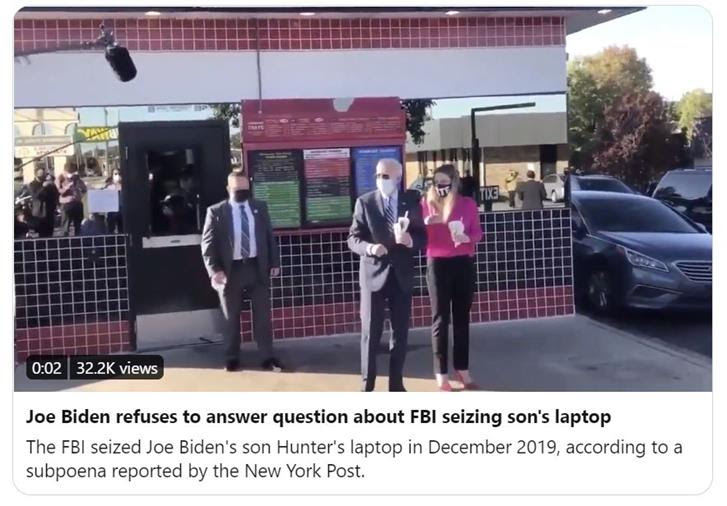 The Biden campaign has not disputed the authenticity of these emails or that Hunter dropped off his laptop at a repair shop last year and forget to retrieve it, yet Joe Biden still refuses to answer basic questions. Joe Biden has been lying to the American people. He must answer these questions: