At a speech at Ripon College in Ripon, Wisconsin - the birthplace of the Republican Party - Vice President Mike Pence outlined the dangers of socialism and the extreme Sanders-Biden agenda:

"I came here to the city of Ripon, Wisconsin, where the Republican Party was born, to describe that choice. You know, when that first convention met here in 1854, they wrote that their decision to found a new political party had been, and I quote, 'forced upon us by the slave power, and in the defense of freedoms.' They said they would 'cooperate and be known as Republicans,' and so they have ever been. Six years later, they elected the first Republican president, who ushered in the abolition of slavery and the advancement of our highest ideals. And four months from now, I know our party will re-elect another Republican president, when we re-elect President Donald Trump for four more years in the White House.

"But it's why I'm here today. To talk about what's at stake, and to talk about the choice our nation faces. Our economic recovery is on the ballot, but also are things far more fundamental and foundational to our country. You know it's not so much whether America will be more conservative or more liberal; more Republican or Democrat; more red or blue. It's whether America remains America. It's whether we will leave to our children and our grandchildren a country grounded in our highest ideals of freedom, free markets, and the inalienable right to life and liberty, or whether we will leave to our children and grandchildren a country that is fundamentally transformed into something else.

"Like those first Republicans, we stand at a crossroads of freedom. Before us are two paths: one based on the dignity of every individual, and the other on the growing control of the state. Our road leads to greater freedom and opportunity, their road leads to socialism and decline."

This election offers a clear choice between President Trump, who seeks to preserve the American way of life and our freedom, and Joe Biden, who will happily tear down our history and culture to appease his far-left base. 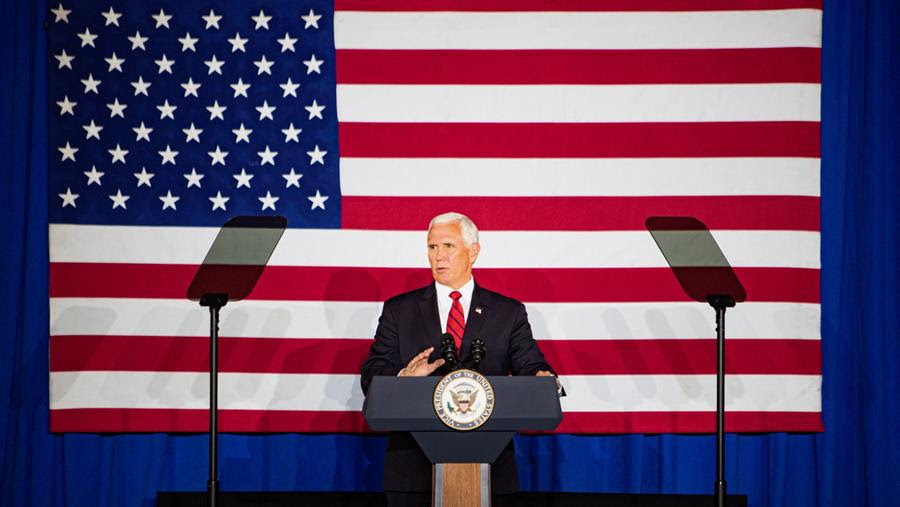