"Ask yourself who do you trust to rebuild this economy over the next four years. A career politician who presided over the slowest recovery from a recession since the Great Depression? Or do you trust a proven leader who created jobs at a record pace across America and will do it again? The choice is clear: to bring America all the way back we need four more years of President Donald Trump in the White House." 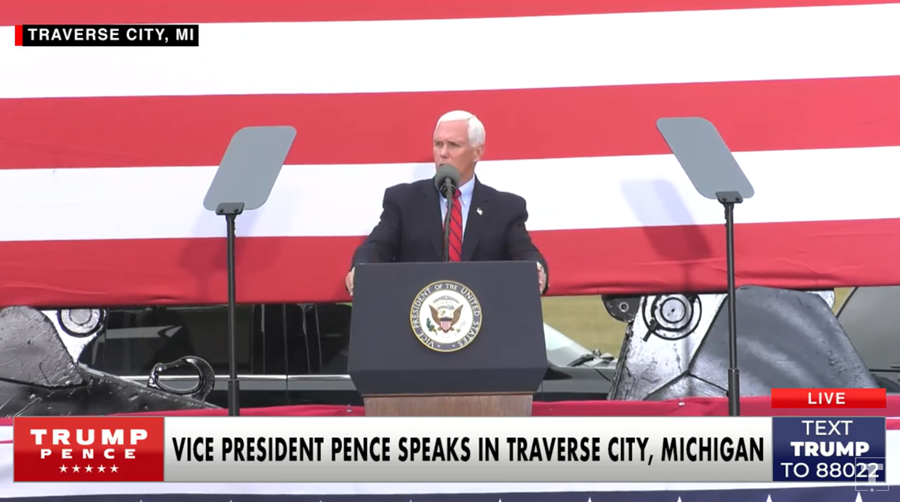