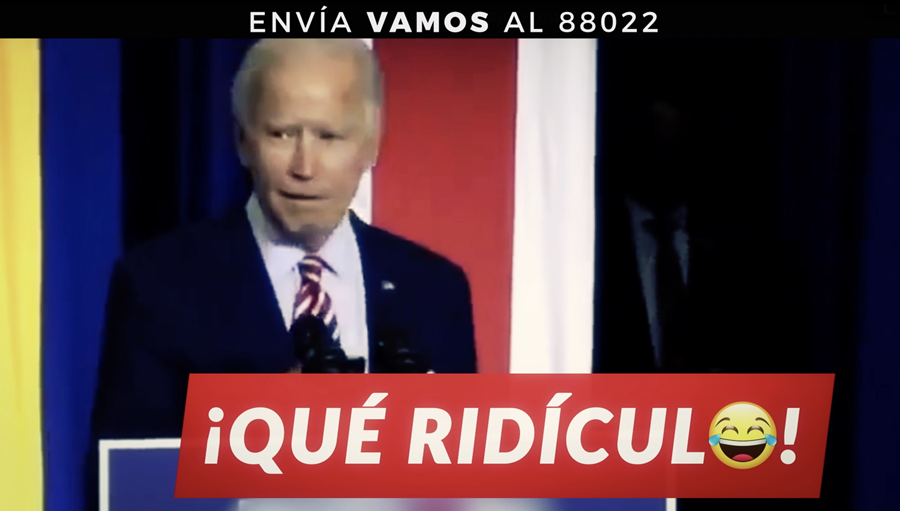 "Despacito" highlights what millions of Hispanics already know: Biden presided over the slowest economic recovery since the Great Depression. The poverty rate for Hispanics reached record highs under Biden's failed leadership, and now he's promising to hurt our communities again with a $4 trillion tax hike and soft-on-crime policies.

Under President Trump, Hispanic unemployment was the lowest it has ever been, while Hispanic poverty reached an all-time low, and salaries for Latinos hit new highs. Hispanics know that President Trump is fighting for our communities, which is why the Trump campaign's diverse coalition is growing while Joe Biden continues alienating Latinos with his ridiculous Hispandering.

"Despacito" will run on television in key markets across the country.