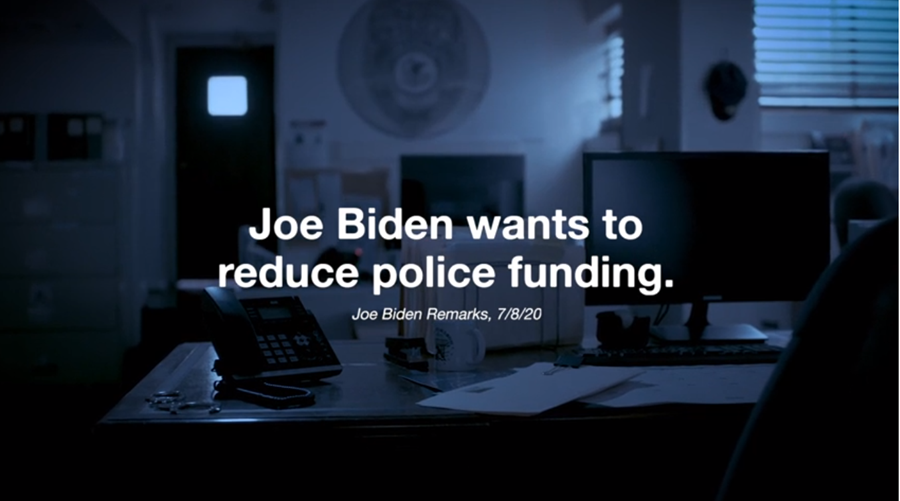 President Donald J. Trump's re-election campaign has launched a new ad ripping into Joe Biden for his plans to eviscerate funding for local police departments. The ad uses audio from television broadcasts to hammer the point that police would be unable to respond to emergency calls and contribute to already-rising crime rates in Democrat-controlled cities. The spot is being rolled into the campaign's existing ad buy, both nationally and in key states.

"Joe Biden has clearly stated that he would 'Yes! Absolutely!' redirect funding away from police to other budget areas. This is cutting, or defunding, the police by any definition," said Tim Murtaugh, Trump 2020 communications director. "Biden's proposed destruction of qualified immunity for police in the Biden-Bernie Sanders 'Unity Platform' would financially cripple local police departments even further, effectively bankrupting and destroying them. Joe Biden is an empty vessel, which the extreme left is using to carry their radical agenda. President Trump stands with law enforcement and ensuring safe policing and safe communities."