While President Trump is leading the Great American Comeback, adding back a record-breaking number of jobs since the artificial interruption of coronavirus, Joe Biden plans to decimate the American economy - bragging about a $4 trillion tax hike and embracing the radical Green New Deal. Joe Biden has also decided to actively participate in yet another smear campaign the mainstream media has launched against President Trump with the disturbingly false Atlantic story, which has been refuted by at least 21 officials. This is the most critical election of our lifetimes, and President Trump is the only leader that will safely deliver a vaccine for the American people, reinvigorate the economy, and put our great nation first. 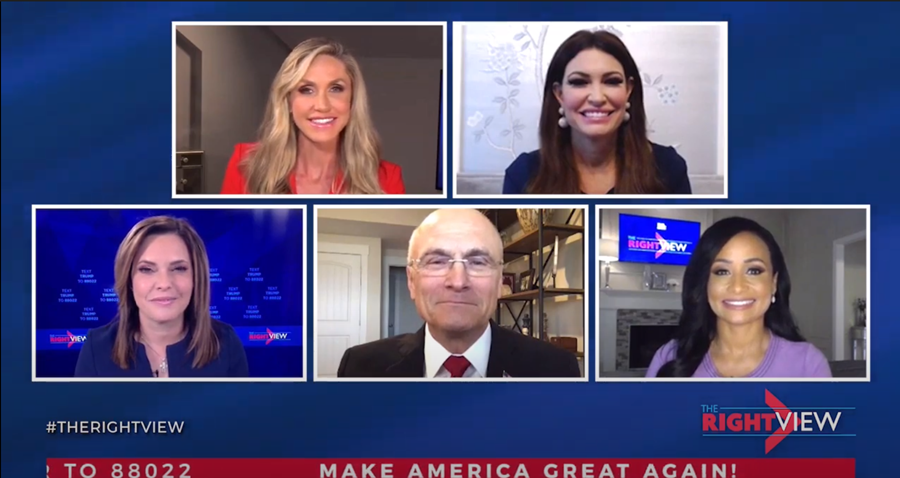 "Our country is seeing tremendous job growth, increased American entrepreneurship, and one of the best recorded GDPs in history, and it is all thanks to President Trump's policies and expert experience in the private sector," said Andy Puzder, former CEO of CKE Restaurants. "Joe Biden has no idea how to stimulate job growth and produce opportunity for the American people, and if he were elected, it would destroy the enormous progress made under President Trump's strong leadership."

"Try as they may, Joe Biden and the Democrats are not able to suppress the Silent Majority's ever growing enthusiasm for President Trump, no matter how many lies they spread," said Lara Trump, Trump 2020 Senior Advisor. "Fear mongering is the only tactic the Democrats have left, but President Trump proves time and time again his priority is the American people and he will never cower to the radical socialists attempting to fundamentally change this country."

"With President Trump leading the fastest labor market recovery from an economic crisis in history, it is no surprise we are seeing overwhelming grassroots support for the President all over the country," said Kimberly Guilfoyle, National Chair of Trump Victory Finance Committee. "While Joe Biden and Kamala Harris attempt to inject more fear into the American people with their never-ending lies, the President has led the country through this pandemic and is working overtime to develop a vaccine to deliver to all Americans"

"The disturbing partnership between Joe Biden, the Democrat party, and the mainstream media to spread disinformation about the President has come to a head with this completely false Atlantic story, and they should be ashamed of themselves," said Mercedes Schlapp, Trump 2020 Senior Advisor for Strategic Communications. "There has been no president more supportive and revering of our great military than President Trump, and that is evident through the President's actions to stop these endless wars, bring our troops home, and provide the necessary support for them when they return to civilian life."

"While Joe Biden is promising a return to the failed, disastrous policies from his vice presidency, which oversaw the slowest economic recovery since the Great Depression, President Trump has revitalized our economy yet again, and will continue the Great American Comeback when he is re-elected in November," said Katrina Pierson, Trump 2020 Senior Advisor. "Joe Biden and the mainstream media can try to manipulate the masses but the American people see through their schemes and know President Trump is the only leader who fights for them each and every day."