Joe Biden is an empty vessel for the radical left and promises to raise taxes by $4 trillion, implement his version of the radical Green New Deal, pack the Supreme Court, and more. While Joe Biden threatens the freedom and prosperity that Americans enjoy, President Trump will always defend our country from the far-left mob. Dinesh D'Souza, filmmaker and author, and Joe Piscopo, radio show host and comedian, discussed all this and more on this afternoon's 'Team Trump Online!' hosted by Lara Trump, Trump 2020 Senior Advisor. 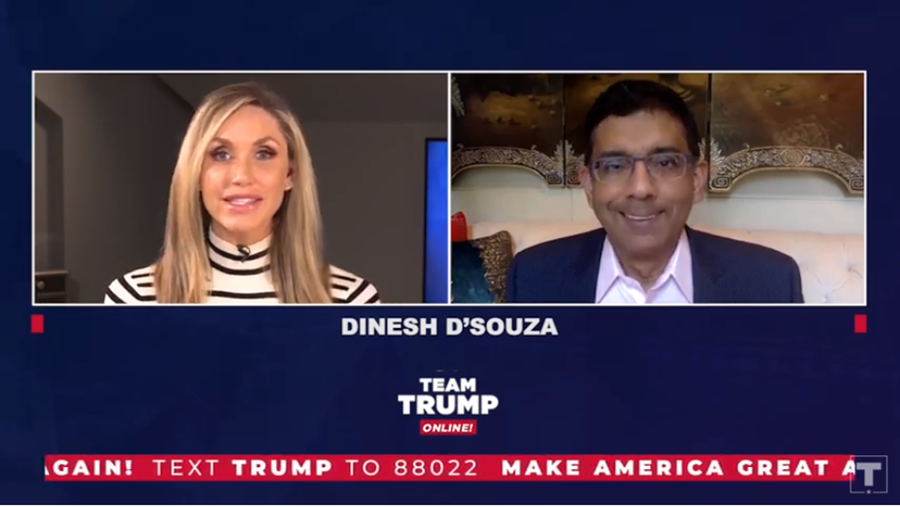 "Joe Biden is part of the corrupt Washington establishment, and would happily sell out the American people to the radical left and our foreign rivals to achieve political power," said Lara Trump, Trump 2020 Senior Advisor. "In contrast, President Trump is a patriot who will always stand up to the socialist mob and preserve Americans' safety and prosperity."