Campaign Press Release - Team Trump Online: Joe Biden is Too Weak to Stand Up to the Left-Wing Mob and the Chinese Communist Party

After forty-seven years of failed leadership, it is clear that Joe Biden cannot defend the American people from the dangerous threats presented by his own radical party. He allowed for American jobs to be shipped to China, and now stands idly by while the left-wing mob incites chaos across the country. Only President Trump is strong enough to stand up to the forces threatening America's safety and prosperity. Senator Marsha Blackburn (R-TN) and Dana White, President of the Ultimate Fighting Championship, discussed all this and more on tonight's 'Team Trump Online' broadcast, hosted by Lara Trump, Trump 2020 Senior Advisor. 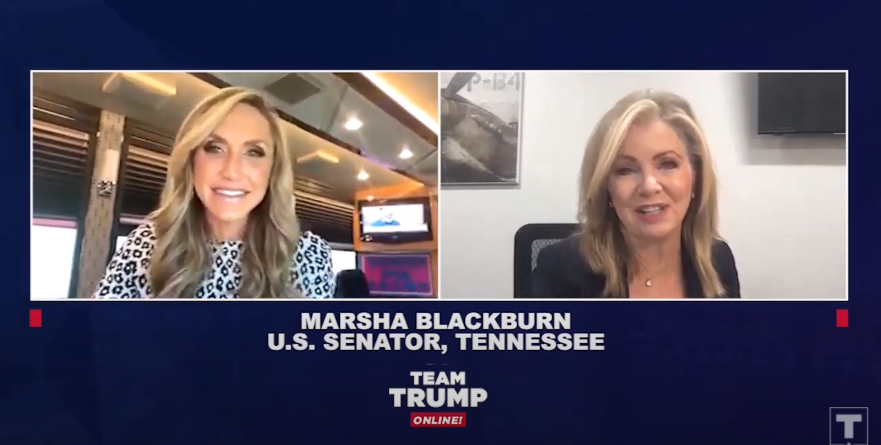 "Through his strong and decisive actions, President Trump has shown that he can defend the American people from the threats of the left-wing mob and the Chinese Communists," said Lara Trump, Trump 2020 Senior Advisor. "In contrast, Joe Biden is an empty vessel for the radical left and is willing to put the American people in danger just to push his own political agenda."