As the scandal deepens around Joe Biden's lies to the American people about never discussing his son Hunter's foreign business deals, President Trump's re-election campaign today launched a new ad asking why Joe Biden never stopped his son from selling access to his powerful father. The ad details Hunter's $83,000-per-month position with a Ukrainian energy company, his $1.5 billion business deal with a communist Chinese bank, and his legal work with a corrupt businessman in Romania, all while his father was Vice President of the United States.

According to yet another bombshell report from the New York Post, one of Hunter's massive Chinese business deals contemplates Hunter holding an equity share of "10" for "the big guy."

Is Joe Biden "the big guy"?

In a flowchart of a business structure, someone is identified as "Chairman."

Is Joe Biden the "Chairman"?

When there's discussion of Hunter facilitating "introductions" for $10 million a year, who is he expected to introduce to whom?

Are they talking about Joe Biden?

Biden has previously claimed to have no knowledge of his son's business schemes, saying, "I have never spoken to my son about his overseas business dealings."

Why did Joe Biden let him do it? 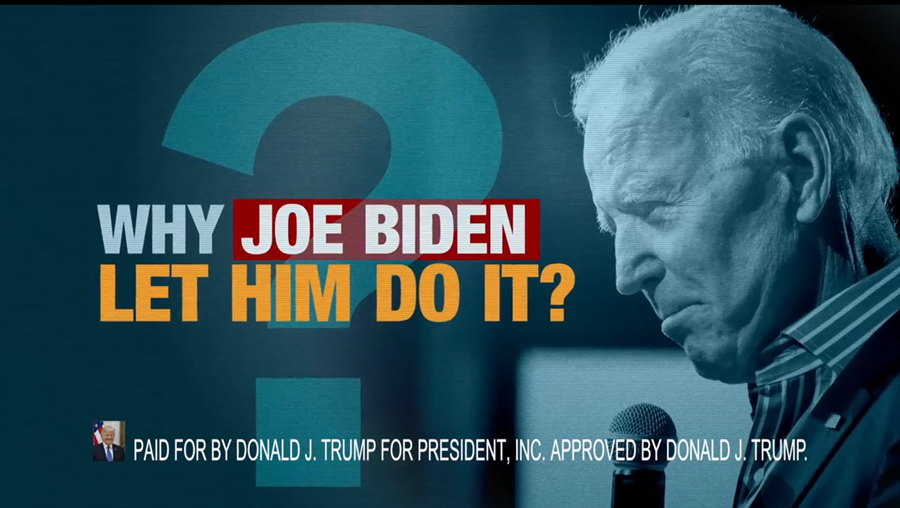